Further information on where to look -  Rocky shores contain an enormous variety of habitats and microhabitats. Before exploring it is worth finding out more about exactly where and how to search for molluscs here. 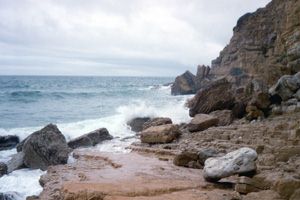 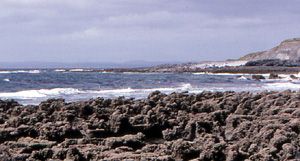 Less open than the above with a shallower slope and a greater diversity of algae including fucoids, Cladophora and Corallina. Still subject to moderately strong wave action. Often with large rocks. Undersides of rocks often colonised by bryozoans and serpulids. 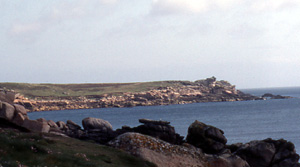 Often has extensive ledge systems with low wave action. Contains many pools, crevices and overhangs, and a high diversity of algae and other animals.