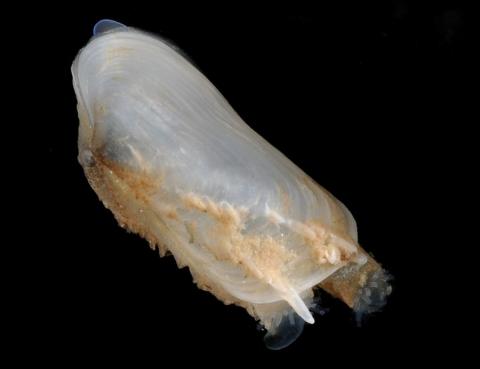 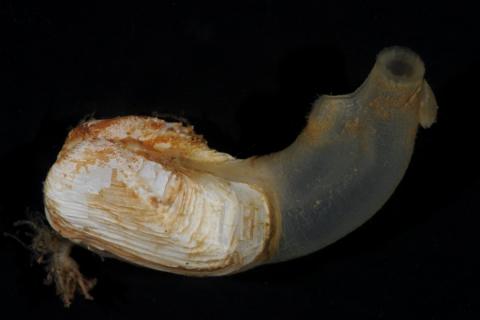 Hiatella rugosa (may be ecotype of H. arctica)

Rocky substrate, hard and soft rocks, attached by byssus between stones, in rock crevices or holdfasts of Laminaria etc., not boring in solid rock. Lower shore to deep offshore. Siphons circulate water to ctenidium for respiration and filter feeding, and, when trigger temperature reached, expel milt  or ova that pass a veliger stage in plankton before settling on suitable substrate.

Polar to sub-tropical oceans of both hemispheres. Difficulty of segregating Hiatella spp. makes it probable that this distribution includes several spp.. (See gbif map). Widespread and common around Britain and Ireland, but, most records, including the map on this page, combine H. rugosa and H. arctica. 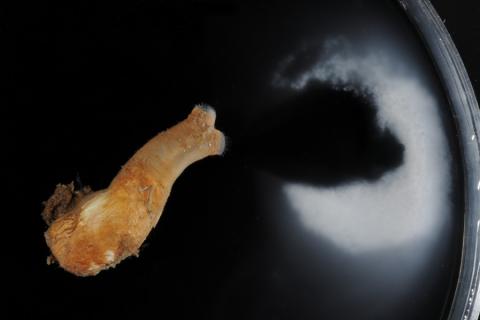 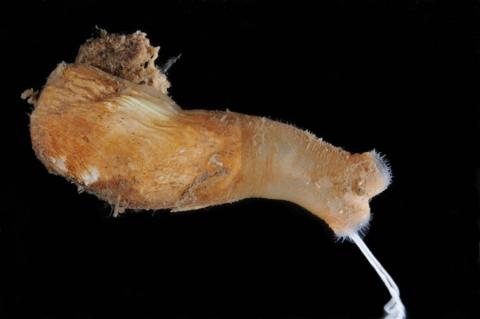 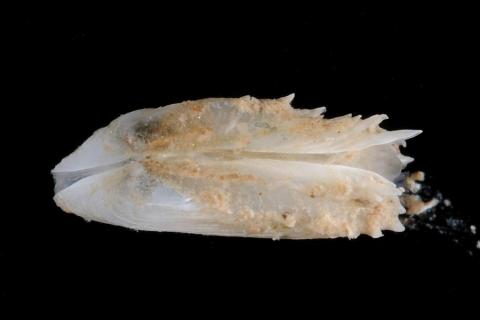 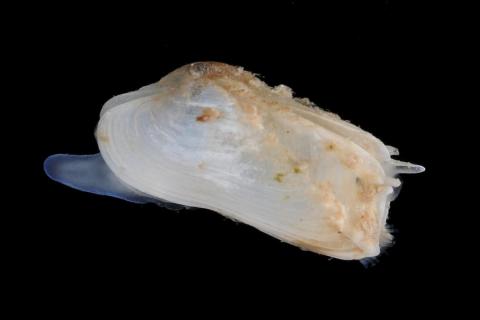 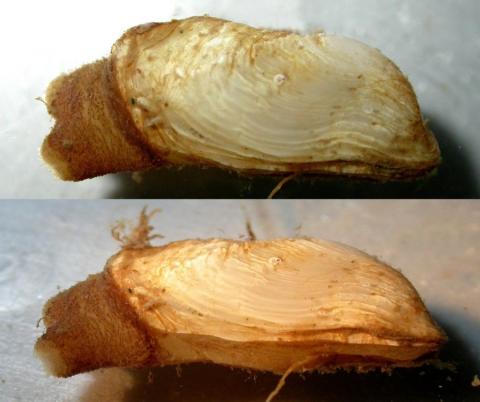 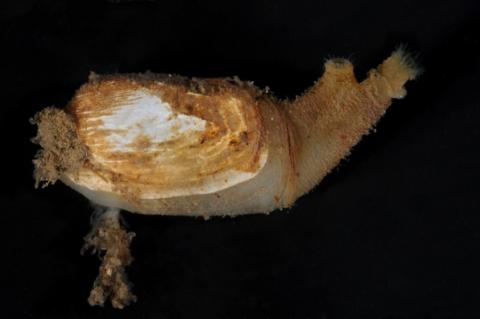