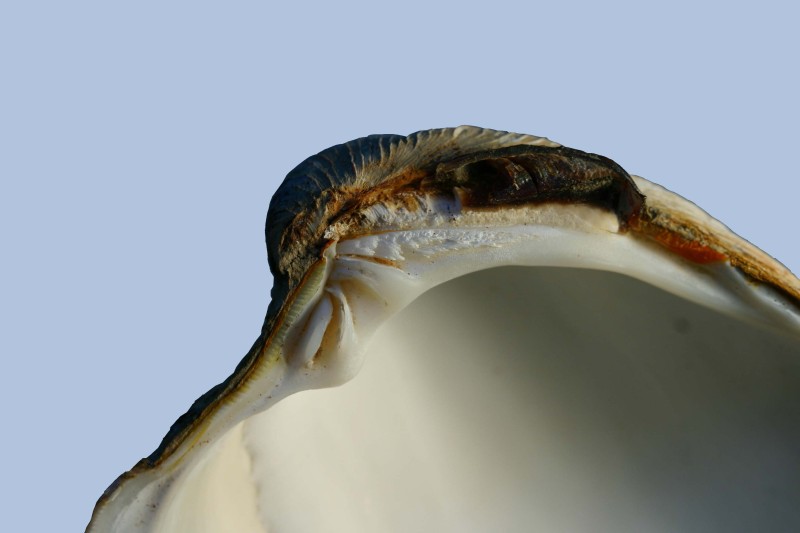 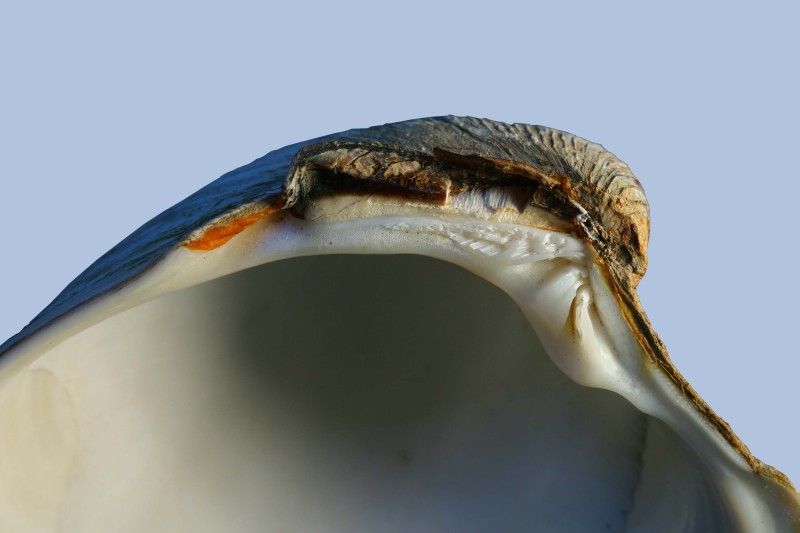 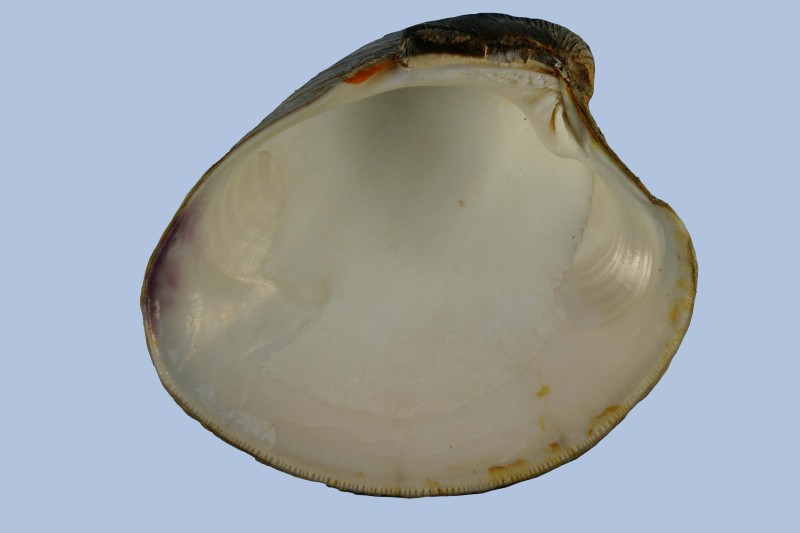 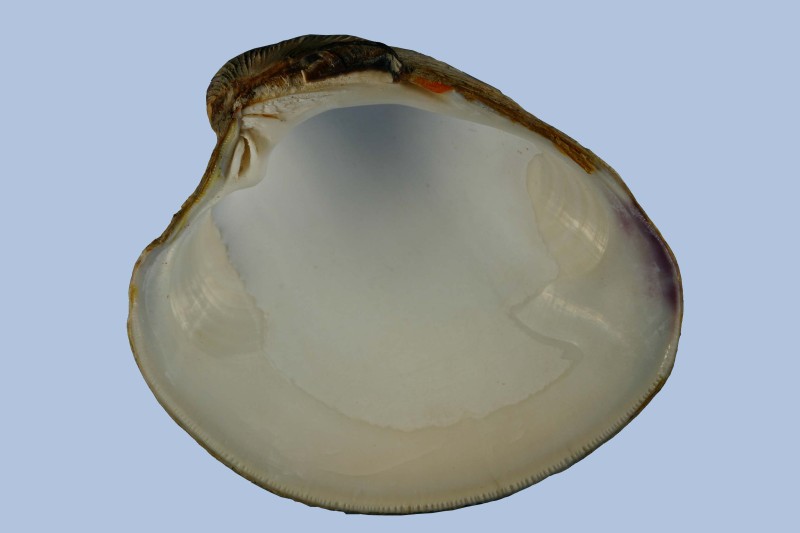 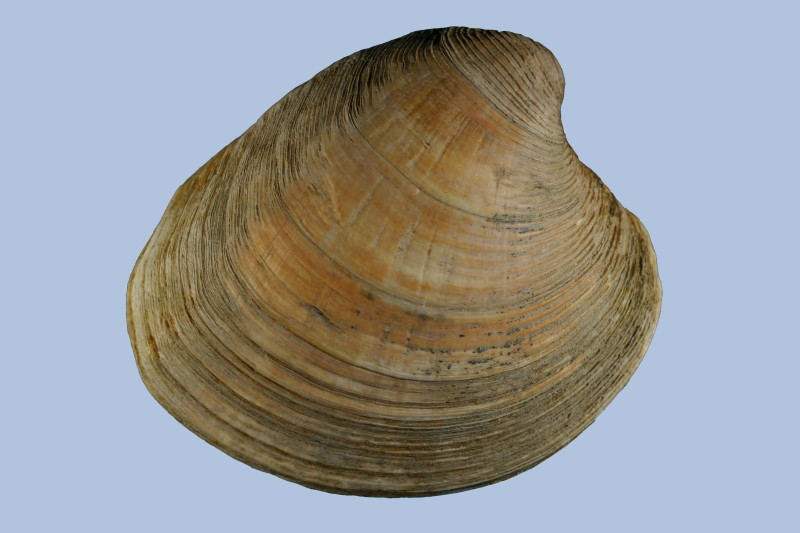 Non-nativeHas been successfully introduced in France and has also been recorded in the Netherlands and Belgium.

Shallow burrower in mud containing stones and shells. The species has been part accidentally / part deliberately introduced to Britain. It originates from North America where it is harvested in some places. Attempts have been made to test its viability at various locations around Britain but in addition to this there may well also have been accidental introductions through ships ballast or the kitchens of liners.

Solid shell up to about 10cm in length. Dirty white, light brown or light gray in colour. Scupture of concentric lines sometimes raised to ridges (less obvious in adults).