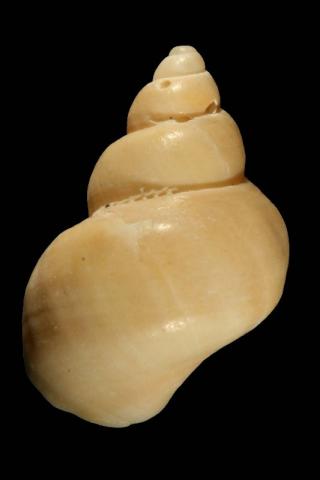 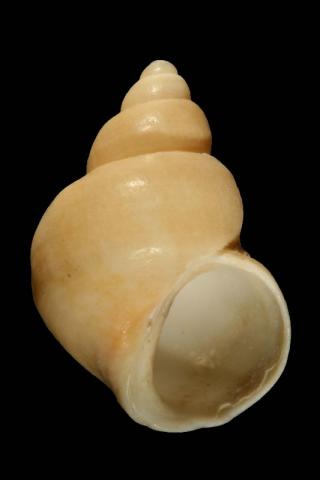 Relatively solid shell up to about 14mm high. It has about 6 or 7 whorls that appear very stepped (pronounced) in profile. The aperure is relatively large and squarish with the base drawn out to form a distinct spout. May or may not possess an grove along the collumella. The shell is yellow or brownish in colour and lacks spiral bands on the last whorl (helping separate it from the very similar Lacuna vincta) and is covered with thick periostracum when alive.

Generally an offshore species but can occur very low on the shore. Relatively little is known about its ecology but there are records of it feeding on the bryozoan Alcyonium gelatinosum.

Generally an Arctic species that reaches it southern limit around Britain. It has been recorded from the Channel Isles and Roscoff.