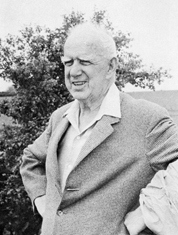 From boyhood Stelfox was a naturalist; he once told me that he could not remember a time when he was not interested in wild nature, although he had no time for domesticated plants or animals. In his youth, unfortunately, there was very little chance of a living being made in natural history, and he therefore qualified as an architect. But his heart was never in it, and when in 1920 he had the opportunity of obtaining a post in the National Museum of Ireland he took it, and moved to Dublin. Here he began work on the Hymenoptera and also on cave-bones on both of which subjects he became a recognised authority. His fine private collection of Hymenoptera (mostly Irish), numbering some 90,000 specimens, was given to the Smithsonian Institution (Washington, U.S.A.) in 1966.

In the National Museum his room was the centre for all naturalists, whatever their particular discipline, until his retirement under the age limit in 1948. For many years the museum was seriously understaffed and Stelfox and his technical assistant Eugene O’Mahony had to cope with the whole field of zoology.

His interest in the Mollusca dated from his earliest days; in his collection (now in the Liverpool Museums) there are specimens labelled “Kenmare 1898”, taken on his first big field-trip, the Irish Field Clubs Union field-meeting at Kenmare, Co. Kerry, when he was just a schoolboy. During his three years in London (1906–1908) every weekend was spent snail-hunting and his journals for this period are full of interest. He was the first to recognise Helicella heripensis Mabille (now H. gigaxii L. Pfeiffer)– in 1912, and in the face of opposition from A. S. Kennard who dismissed it as merely a variety of H. caperata, and was also the first to recognise Pisidium pseudosphaerium as "something different" although he could never get a name for it.

After his return to Belfast he became an active member of the Belfast Naturalists’ Field Club and founded the now-thriving Junior Section in 1911. Of this he was very proud, and indeed throughout his long life he gave unstintingly of his time to helping beginners of all ages.

It was about this time when he was taking part in the Royal Irish Academy’s Clare Island Survey that his interest in the genus Pisidium began. All the Clare Island material had been submitted to B. B. Woodward for naming, but Woodward’s determinations puzzled Stelfox, and a little later he and his friends Charles Oldham and R. A. Phillips decided to start a "beginners class" in the genus Pisidium. The trio struggled on for some years, seldom meeting but regularly exchanging material, comments and criticisms; eventually order emerged out of chaos and the species are now well understood. In this difficult group his fine critical eye proved its worth; his findings have stood the test of time.

In 1951 he gave his fine collection of Pisidium spp. to the Rev. H. B. Herrington of Ontario, Canada, who in turn passed it on to the Museum of Zoology, University of Michigan. About a hundred sets of material, however, mostly from Lancashire and Cheshire localities, determined by Stelfox, Oldham and Phillips, and accompanied by full notes on the identifications, came to Liverpool Museums in 1936 with Dr. J. W. Jackson’s collection of non-marine Mollusca.

During this period he and his lifelong friend Robert Welch did some pioneer work on the Mollusca of a marl-deposit underlying a bog near Killough, Co. Down. Marl-samples taken near the margin yielded an Arctic fauna including the very rare Pisidium vincentianum B. B. Woodward, but the full results of the work were never written up for publication. Stelfox always wished to see an account of the White Bog and its molluscan fauna in print, and was much pleased when in June 1970 it was arranged with Prof. G. F. Mitchell, Mr. J. G. J. Kuiper and N.F.McM. to visit the bog. Stelfox, despite his 86 years, took an active part in the proceedings and the accompanying portrait is from a photograph taken by Kuiper on that occasion. It is good to know that the White Bog paper, accepted by the Royal Irish Academy, was seen in proof by Stelfox.

In 1956 the Stelfoxes moved from Dublin to Newcastle, Co. Down, where they laid out unaided a charming garden at the foot of the Mournes. Here he lived happily, visited by innumerable scientific workers. His house was a landmark for the lovely garden, and visitors were told how to find him “Walk up towards Slieve Donard and look for the house with the pansies on the drive!” (motorists had to proceed with care on the Stelfox drive).

He had a wonderful knowledge of the Irish flora, and took a special delight in mountain plants. Many of them now grow in his remarkable garden at No. 21, Tullybrannigan Road, a kind of private botanical garden especially rich in sedges and willows. I well remember visiting personally every willow on a small Orcadian island in search of a willow described by Stelfox as “aluminium-leaved” and his pleasure when at last a silvery-leaved bush was found and cuttings sent to him.

Personal vanity was unknown to him, he was generous to a fault, and nothing mattered but care and accuracy in one’s work. He retained his fine critical eye and his deep interest in the natural world about him until his last few weeks. It seems unbelievable that he has gone, that there will be no more letters, that the familiar white-haired figure will no longer be seen in his beloved garden, that the source of so much help and kindness for so many years has gone from us.

He died in hospital on 19 May 1972 after a short illness; his wife (née Margarita Dawson Mitchell) herself a fine naturalist and a graduate of Queen’s University, Belfast, predeceased him on 13 August 1971. He leaves a son, a daughter-in-law and two grandchildren as well as a host of friends to mourn him.

His annotated copies of his “Irish List” and the Clare Island Report were given to Dr. M. P. Kerney some time ago, the first three volumes of his journal (which are entirely conchological) he gave to me in 1956. Later volumes of the journal are mostly entomological, with some botany, and these (vols. 4–32) are in the Smithsonian Institution with his entomological collections. The last two volumes of the journal, faithfully kept until the night before his last illness, remain in his son’s care.

Appreciation by A. E. Ellis

Stelfox’s greatest contribution to the study of Mollusca was his paper on "The Pisidium fauna of the Grand Junction Canal in Herts. and Bucks." (1918) which revolutionised the hitherto very unsatisfactory treatment of the genus and furnished the basis upon which all future specialists on this genus have built. Stelfox recognised the prime importance of the hinge characters in determining the species, and as a consequence he "put Pisidium on the map". Although often urged to write a monograph on Pisidium or at least a guide, he always declined. He said that the above paper contained all that was necessary (as a matter of fact, it does not deal with all the British species), and he had a rooted objection to "guides" which he maintained misled people into wrong identifications. At the same time, when Cyril Diver bludgeoned me into writing my paper on “The identifications of the British species of Pisidium" (Proc. malac. Soc. Lond. 24: 44–88, pls. 3–6, 1940), Stelfox generously placed his notes at my disposal. Though he would not permit his name to appear even as joint author, that paper owes far more to A.W.S. than to A.E.E.

The other major contributions Stelfox made to molluscan literature were his "List of the land and freshwater mollusks of Ireland" (1911), a census of the distribution of Irish non-marine Mollusca, and his "Clare Island Survey" report (1912). The latter, an ecological and distributional study of a difficult area in the West of Ireland, was always thought by Stelfox to be his best piece of work, although that on the Pisidium fauna of the Grand Junction Canal was undoubtedly the most important.

It is an incalculable loss to conchology that his interest was diverted to entomology.

Preface to the Pisidium Monograph by N. F. McMillan

About 1920 Stelfox, Phillips and Oldham planned to write jointly a monograph on the British species of Pisidium which, for various reasons, never materialised. Stelfox wrote a Preface to the projected monograph and some years ago he gave me permission to use this as I wished. As it throws light upon his early struggles with the genus and upon the study of Pisidium in general it is here printed just as he left it.