Further information on where to look - Sediment shores are generally fairly easy to work though it is still worth knowing exactly where to look and what to look for. 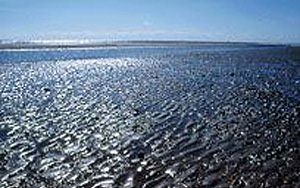 The fauna of these habitats depends upon tidal flow, salinity, substrate etc. Where there is less brackish water influence, the fauna may change to contain elements from the sandy shore and gravel / mud shores. 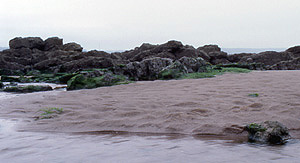 The fauna of a sandy shore will to some extent depend on the degree of exposure and the size of the sand grains, and therefore, the stability of the sand. In an ideal sheltered sandy environment such as on St. Martins, Scilly, or Oxwich Bay, South Wales, the mollusc fauna is relatively rich, although the diversity is lower than on a sheltered rocky or mixed shore. In less favourable conditions such as on the long stretches of sand on the Lincolnshire coast, the diversity is considerably reduced. Most of the molluscs of a sandy environment are infaunal, comprising mostly bivalves with their gastropod predators or scavengers. Generally there is less biogeographical variation in sandy shore faunas.

Where there is a siltier element, the fauna may also include: 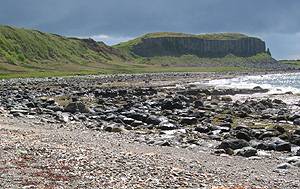