The idea of money is believed to have arisen from the ritual of giving presents, which is a feature of many primitive societies.  From early examples of simple giving, more elaborate systems of gift-exchange arose.  So, valuable objects needed to be acquired not only for status and prestige, but also as a personal source for gifting. Cowry shells were amongst earlier man's most treasured possessions.

The desirability of cowries as gift objects, such as offerings for bridal and burial ceremonies, led to large accumulations in order to increase the power of their magic.  These stores gave rise to their use in barter, a simple exchange of possessions judged to be of equivalent value.   This is a practice that is still in widespread use around the globe, for small trading purposes, and 'money cowries' are still in use as currency in parts of Africa in the present day.

Cowries, particularly the Money Cowrie (C. moneta) and Ring Cowrie (C. annulus) have circulated as currency in more places in the world than any coin   In China, from 1200-800 BC, cowrie shells were important valuables and in India cowries have been found in association with coins from sites dating from the first century AD.  Cowrie shells arrived in Africa by the 10th century and possibly earlier, preceding European colonization by some hundreds of years.  Their use as money spread throughout the African continent and eventually European settlers and traders brought Indo-Pacific cowries (both C. moneta and C. annulus) to North America where they were readily accepted by the native peoples in barter. 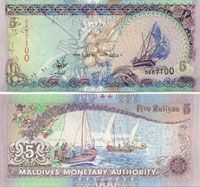 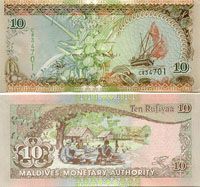 The Maldive and Laccadive islands supplied Cypraea moneta for most of the world's trade until the 18th Century and Cypraea moneta is the most important marine invertebrate in the Maldives from a historical point of view.  Although widely distributed throughout the Indo-Pacific, the Maldives was always the centre of a lucrative trade in these shells.  The reason is not just their abundance there,  but the Maldivians developed a simple and highly efficient means of collecting them.  Bundles of coconut palm fronds are laid out in shallow lagoons, and the cowries will aggregate on them. It is assumed that they feed on the layers of detritus that accumulate on the leaves.  After some time the bundles are pulled out onto the beach where the cowries die in the hot sun and can be shaken off onto the sand.  Dead animals are then buried in a pit so that the flesh rots away, with the assistance of invertebrate detritivores, leaving clean empty shells to be retrieved.  Nearly all of the early travellers who have left reports of their visits to the Maldives mention the importance of cowry exports.  From the earliest records of Arab merchants to the accounts of adventurers over a period of 4000 years, through the writings of the great traveller Ibn Battuta (who visited the Maldives in 1343-4 and again in 1346) to the descriptions of later European visitors, the Maldives were noted as the centre of the cowry trade.  Cowries are highly prized as a low-denomination means of exchange for several of the same reasons that modern cowries are valued: they are durable, difficult to forge and have a limited source of supply.  During the 19th century the increasing use of metals coins led to the relatively rapid decline in the cowry trade.  Today the once great Maldivian money cowry trade is all but dead, with only a few handfuls of cowries exported annually. The historical importance of this animal to the Maldives is however remembered with a pair of money cowry shells decorating every Maldivian banknote.