Brittle shell up to about 1cm in length. Dirty white in colour and appears iridescent. The surface is sculptured with fine concentric rings. Has a deep pallial sinus which is partially confluent with the pallial line.

Found in intertidal mud or clay particularly in areas of low salinity such as estuaries. Feeds on organic detritus picked up through the siphon.

Frequent. Distributed from the UK south to the Iberian Peninsula and into the Mediterranean.

The UK National Biodiversity Network (NBN) Atlas entry for the species can be accessed via this link. 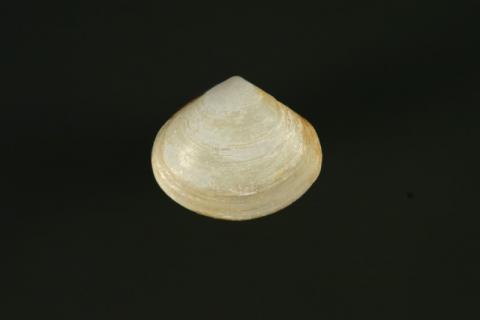 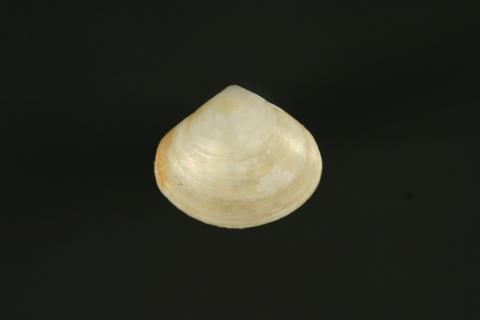 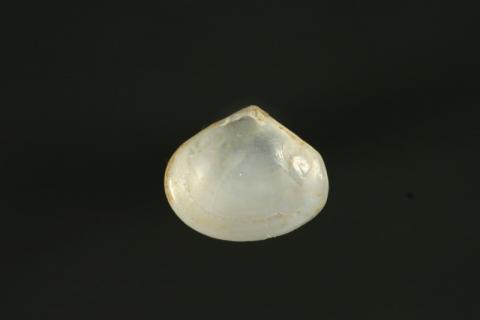