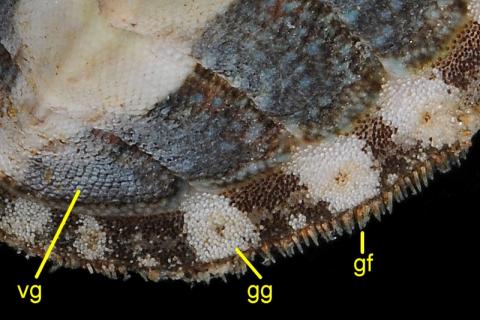 Size: Up to about 28mm long. Shape: Relatively narrow girdle with the shell making up 75% of the width. Valves are relatively tall with a very distinct keel. Shell colour: Extremely variable, including shades of white, orange, red, pink, blue, green, brown, black and animals are ornately patterned with more than one colour. Sculpture: Fine, regular granulation, becoming slightly coarser towards margins. Girdle: Packed with rounded granules of variable size and is typically banded with alternating colours.  Animal: Gills present almost all along the grooves on either side of the foot (holobranch).

Found through-out the littoral zone and into the shallow sublittoral. It is found on stony/rocky bottom, often on the underside of stones lightly embedded in sand and gravel in rock pools. It feeds by grazing material from the rock surface using its radula

Abundant. Found from the Lofoten Islands in the north to the north coast of the Mediterranean. 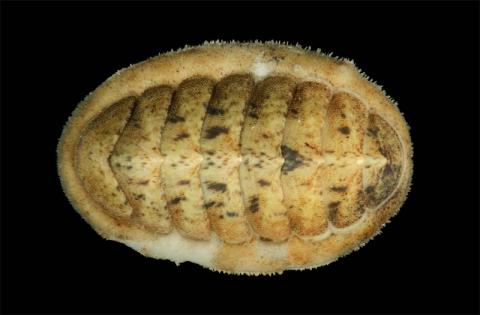 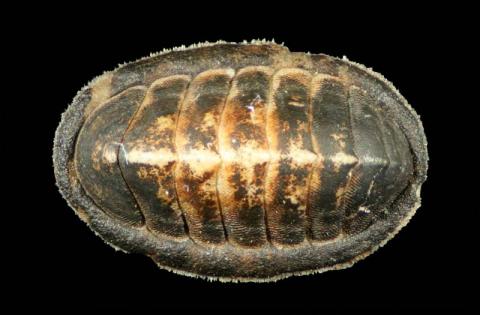