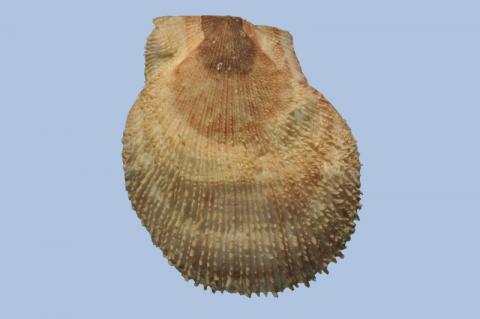 The accepted name for this species is currently, Talochlamys pusio (Linnaeus, 1758).

Solid shell up to 5cm in length. The outside of the shell is white, yellow or red brown in colour, sometimes with patterns or combinations of these. The surface is sculptured with ribs numbering 30 to 50 in younger specimens to as many as 70 in older individuals. These ribs tend to have spines especially in older animals.

Early in life this species lives attached by byssus threads but later it actually cements the lower valve to the rock surface. It tends to prefer confined areas including the inside of dead shells or clusters of coralline algae where it feeds by filtering phytoplankton from the water.

Common.  Distributed from northern Norway to the Iberian Peninsula and into the Mediterranean. 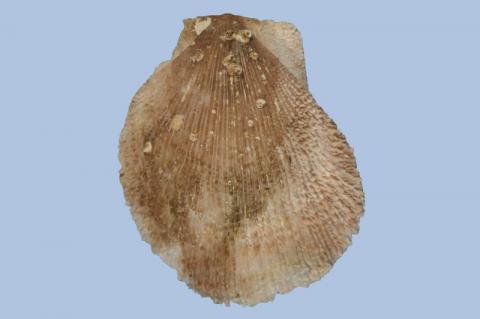 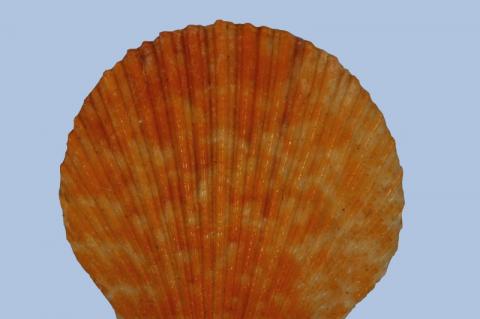 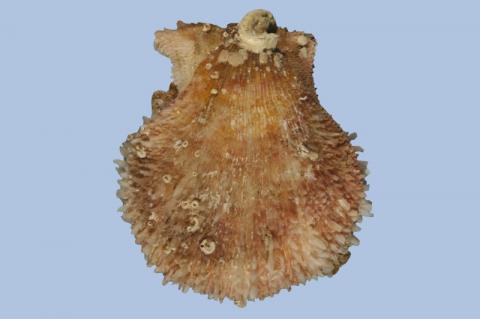 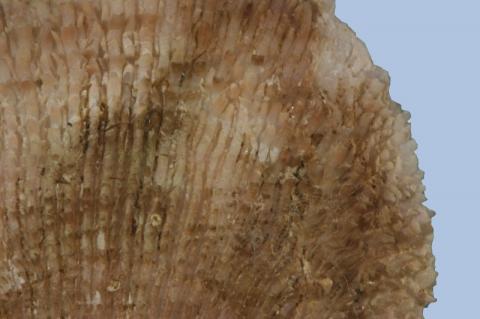 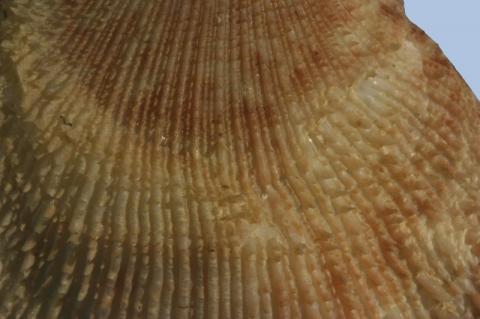 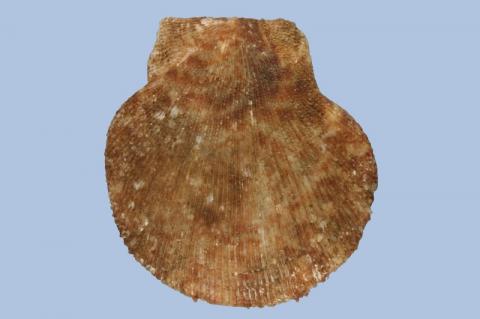 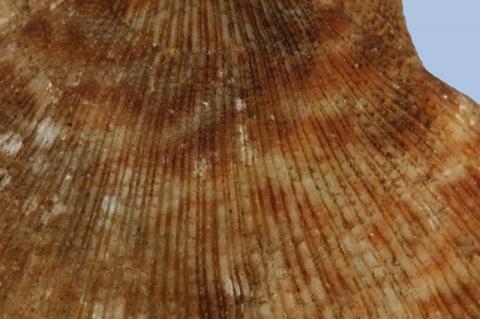 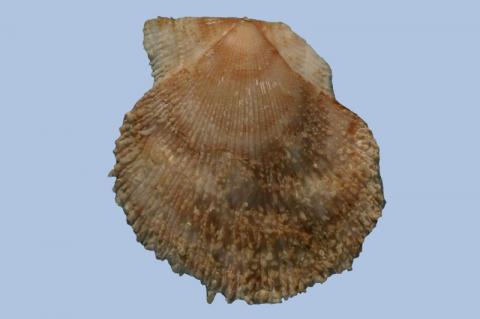 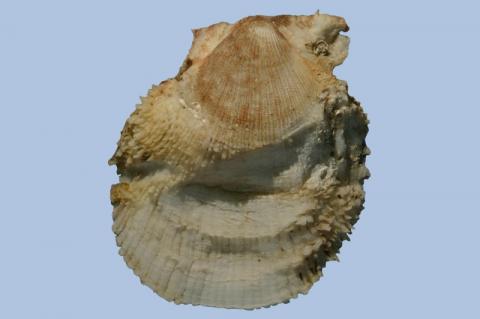 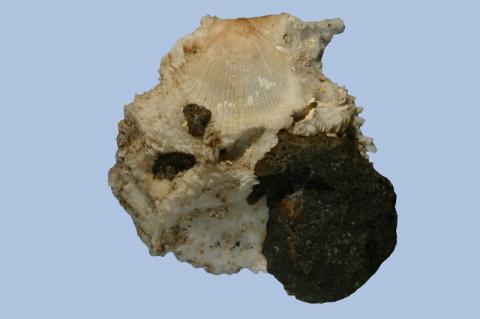 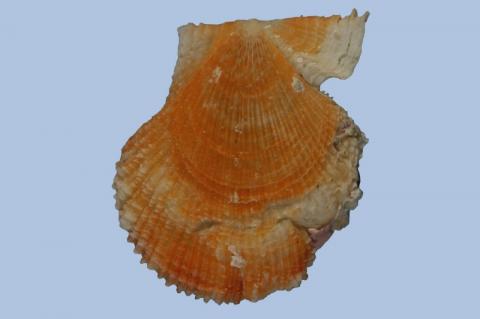 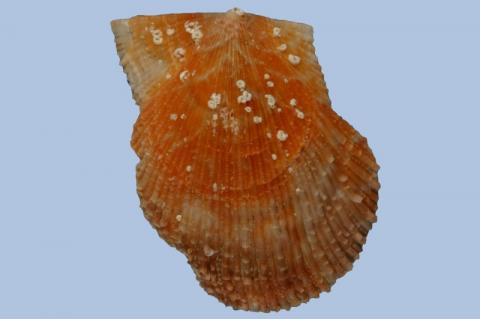