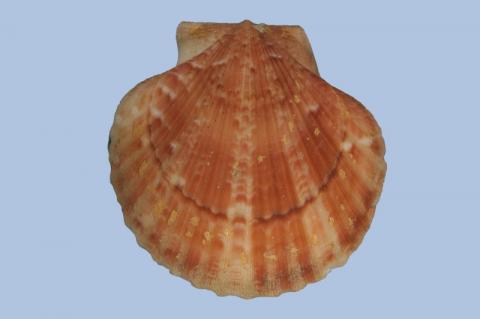 Solid shell up to 9cm in length. The colour is very variable and includes white, red, pink, brown, orange, yellow and purple and shades between these. In addition, the valves are often patterned with various combination of these. The surface of the shell is sculptured with rounded ribs which are corregated.

Early in life it lives attached by byssus threads becoming becoming free living. Lives on sand or gravel where it feeds by filtering phytoplankton. It is capable of swimming for considerable distances in both directions by flapping its valves.

Common. Distributed from northern Norway to the Iberian Peninsula and into the Mediterranean. 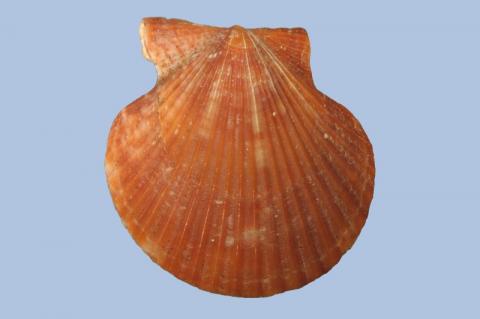 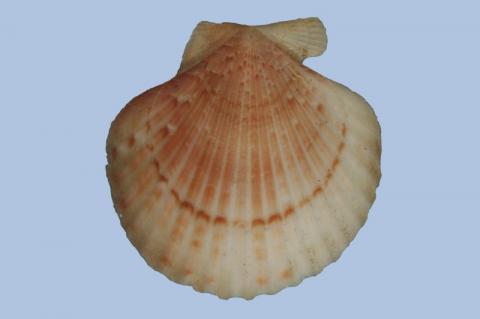 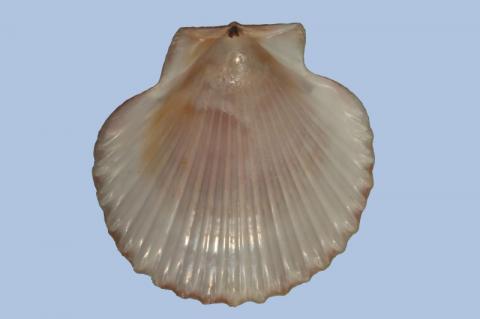 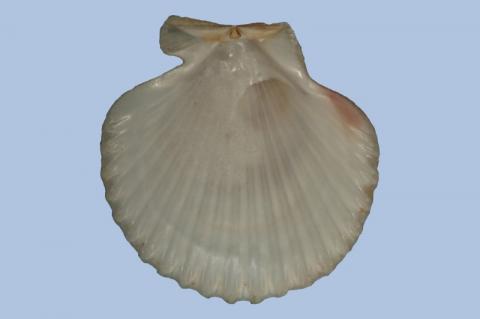 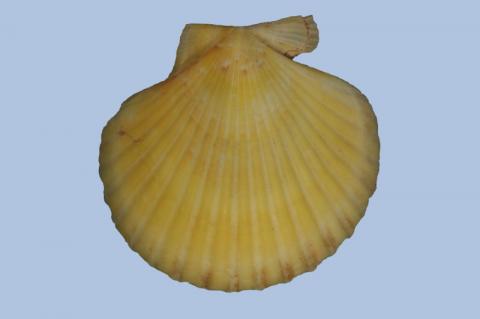