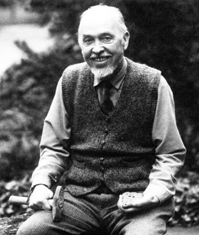 Philip Cambridge died of a heart attack in his sleep on 29th May 1993, leaving his wife Mildred (Mil), his daughter Rilla and a granddaughter. Born on 2nd June 1918 he had nearly reached his 75th birthday. Phil was widely known as an enthusiastic collector and dedicated conchologist, palaeontologist and geologist with a particular, but far from exclusive, committment to the East Anglian Crags and their equivalents in Belgium and the Netherlands. An avid correspondent he kept in touch with amateurs and professionals in his fields of interest both in the United Kingdom and abroad and had particularly close links with the Netherlands.

From beginnings as a boyhood fossil collector from the Lias of the South Wales coast and from walls on his way to school Philip acquired both an impressive, well documented collection and a vast store of knowledge of all sorts of fossils, recent shells, geology and geologists, to mention only his main scientific interests. In addition he was an expert on old English, Indian and other foreign coins, a skilled camera user who at one time judged local photographic competitions, and had discovered unusual archaeological finds while serving in Aden. He was gifted with an extraordinary degree of curiosity and a sharp eye for the rare or unusual.

Although Phil was born in Cheddar he spent most of his boyhood in Cardiff. Leaving elementary school before he was sixteen he landed an improbable job as a window dresser in a womens' clothes shop after some other short-lived positions. The experience swiftly sent him back to one of his masters who, coupled with mathematical tuition from a neighbour, helped and encouraged him to enter the RAF as an apprentice, the first elementary school pupil from Wales to succeed in the entrance examination. He served in the RAF as a fitter-armourer, maintaining nuclear missiles at secret sites in East Anglia as a grand finale to activities which ranged from volunteering as an air gunner in the Battle of Britain to running a forces' radio programme in Aden. The inevitable periods of inactivity while on duty enabled him to read widely, pursue his very active correspondence, to catalogue his collection and to produce a unique card index of descriptions and figures of Crag fossils.

His service career inevitably led to frequent moves and the arrangement of much of his collection in order of size rather than taxon or location reflected the need to keep it easily transportable. An early wartime spell in Medicine Hat, Canada rekindled his enthusiasm for geology and palaeontology, which, he used to explain, had been set aside for the normal youthful reasons. He met a keen geological guide in the Rev. Butcher and this return to geology was also marked by the use of a dinosaur vertebra as a doorstop and an ill-judged kick at a riverside log which painfully proved to be petrified. Later in the second world war he was stationed in Gloucestershire where a combination of military excavations, bomb craters and traditional pits allowed exciting collection from the Lias. In retirement Phillip still recalled the icthyosaur that he and Mil were unable to carry from a Cheltenham quarry.

About 1946 he was posted to RAF Wattisham in Suffolk and became acquainted with and fascinated by the shell-rich Coralline, Red and Norwich Crags collecting keenly from many temporary exposures, for example at Felixstowe. The Crags and their European equivalents remained the main focus of his collecting and geological interests for the rest of his life. This meant that his post-RAF career as chief technician and latterly research assistant in the School of Environmental Sciences, University of East Anglia was singularly appropriate. He made this transition after 33 years in the RAF and stayed in his university role for a further 15 years.

Philip’s conchological interests encompassed all aspects of the Pliocene and Pleistocene marine faunas of the North Sea basin. He was particularly curious about Nucella, its origins and variations both in the late Pliocene and recently. He published a biometric paper on recent N. lapillus with Dr. Kitching but sadly a taxonomic treatment of fossil forms with a Dutch friend as co-author did not reach the press. Settling in Norwich gave him ample opportunity to excavate the classic Norwich Crag sites at Bramerton and it was from the lower part of Blakes pit with its temperate pollen assemblage that he recovered the juvenile stages of a Mediterranean slug Parmacella, a very indicative pointer to the mildness of the Early Pleistocene climate at that stage. Less substantially he contributed to the Conchologists’ Newsletter at intervals between 1963 and 1992 and wrote No 6 in the Papers for Students series on Post-Pliocene Fossil Mollusca (Land and Freshwater). As the long serving editor he produced almost all the Geological Society of Norfolk’s newsletters.

It would be unfair to judge Philip's contributions to conchology and geology solely on his publication list as it is mainly in local journals, often in the form of reports on field meetings which he led. Many publications on the East Anglian Crags since 1970, ranging from early attempts at amino-stratigraphy using crag shells, to studies on extinct voles, acknowledge his contributions of specimens, discussion or services such as sedimentological analysis.

Investigators on various aspects of the crags or molluscs generally, including some from the United States and Italy, sought him out in his last decade on questions including taxonomy of Neptunea, late Pliocene bivalve extinctions in the North Sea, molluscan migrations from the north-eastern Pacific and the early history of North Sea Littorina. His own inquisitiveness covered everything from trace fossils to mammal remains and on to exotic crag pebbles such as Rhacomitra chert. The personalities of earlier investigators were included, he had an intriguing folder on F. W. Harmer, the long lived monographer of British Pliocene gastropods, clothing manufacturer and Lord Mayor of Norwich.

To some of us he is particularly memorable for his enthusiasm for JCB's, stemming from his successful use of one to excavate an old Norwich Crag pit at Bulcamp (Suffolk) in 1979. Subsequently he was able to get Geologists’ Association and other sponsorship for excavations mainly into Coralline Crag at Ramsholt (1974), Sutton (1989 and 1993) and Gedgrave Broome Pit (1992) while dreaming of locating the gastropod rich Gomer Pit (under trees) or the puzzling Boytonian now in a RSPB reserve.

Philip participated very actively in the affairs of societies relevant to his interests particularly leading many field meetings in East Anglia and one to ihe Pliocene exposures around Antwerp in 1973. He was a member of the Conchological Society since 1961 and the Geologists’ Association from 1943, serving on the latter’s council for two years and receiving their Foulerton Award in 1970. He was especially linked to the Geological Society of Norfolk as a founder member, long serving treasurer, editor of the newsletter and assistant editor of their Bulletin. Geological societies from other parts of the country regularly obtained his services as leader for their crag excursions and he was a contributor to the 1988 Quaternary Research Association’s field meeting to the Pliocene and Lower to Middle Pleistocene of East Anglia.

Philip seemed to be blessed with good fortune in all his endeavours. He was active at a time when many fossiliferous exposures were available in his favourite formations and when old collections and their cabinets were readily bought and old monographs could be reasonably acquired. Later he somehow came across bargains in plastic stacking trays and other aids to collecting. He readily made and retained friends and could be expertly persuasive to landowners whose fields he wished to excavate. At one time he rode a motor assisted bicycle along Suffolk lanes and around the shelly Wexford gravels of Ireland but he never drove a car, relying on friends for transport, particularly Colin Dack from his RAF days.

Philip’s ashes were privately scattered near the Coralline and Red Crag pits at Sutton, near Woodbridge, on 20th June 1993 and a gathering of friends followed. He was especially fond of this spot which had provided so many points of interest to the early Crag investigators and had produced so many of the molluscs figured by Searles Wood. When he died he was in the last stages of planning excavations there, supported by the Geologists’ Association’s Curry Fund, to extend those, similarly sponsored, which had been so successful in 1989. His collection of fossils is now in the Sedgwick Museum, Cambridge, whereas his collection of recent shells is in the National Museum of Wales, Cardiff.