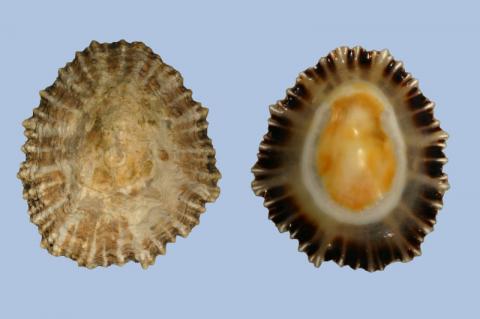 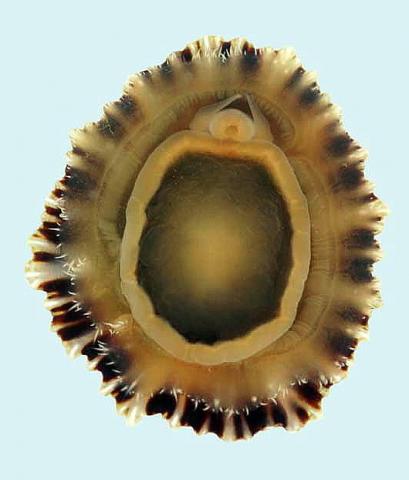 Conical shell up to 30mm in length (12mm in height). The shell is white or grey externally, sometimes with darker bands running from the apex to the margin. The inside is also white with coloured rays and a destinctive yellow head scar. The shell surface is sculptured with radial ridges running from the apex to the shell margin. The posterior of shell tends to have an irregular outline. 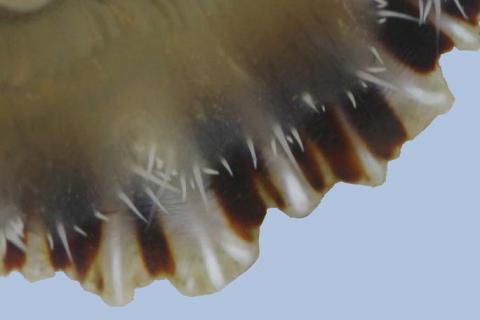 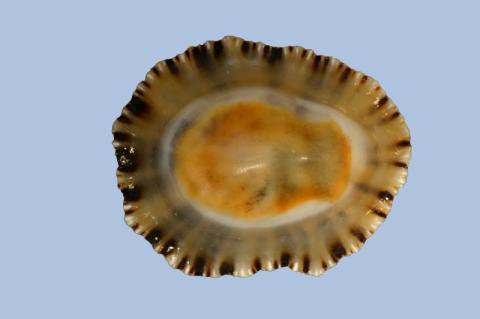 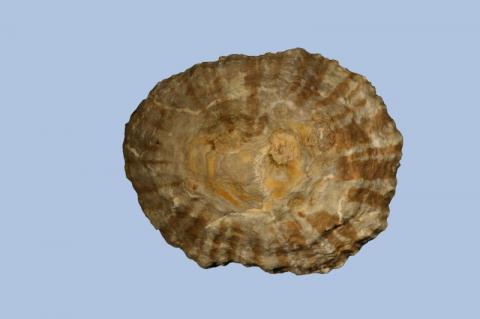 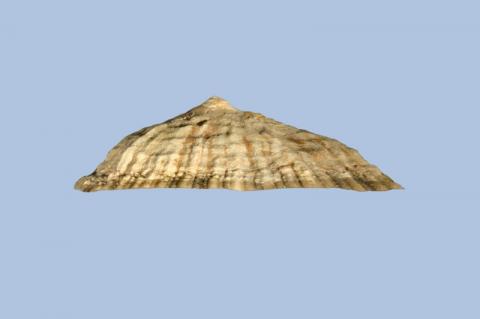 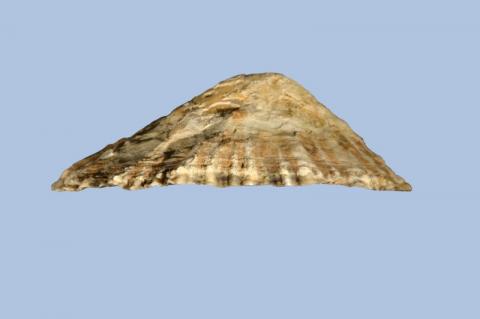 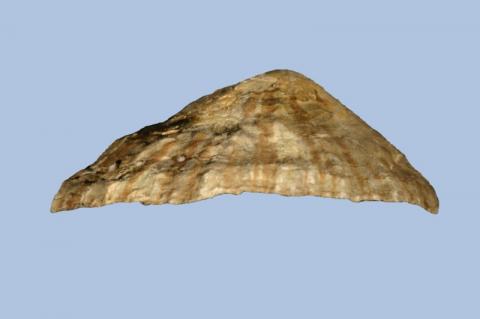 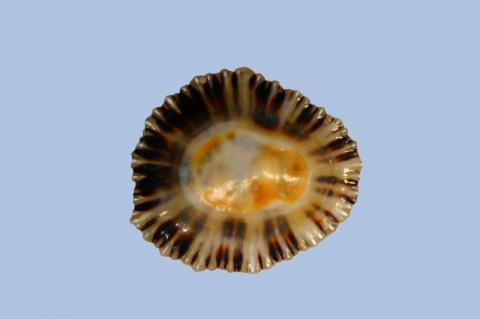