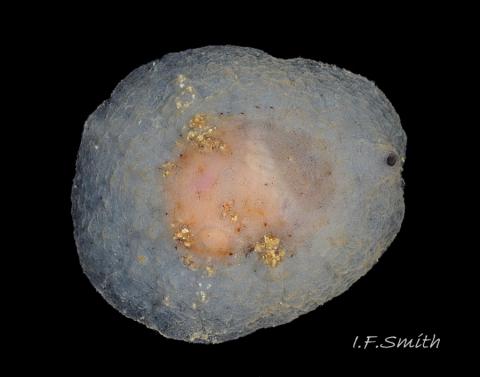 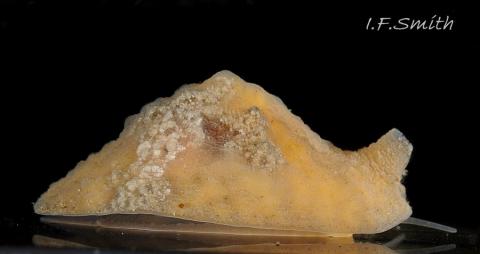 Body
Length to 23mm, width to 16mm. Flexible, profile varies between dome [3] and almost a cone [4]. Large irregular tubercles on surface [4]. Sometimes, outer layer of mantle is sloughed [12], leaving surface smoother. Ground colours include lilac-grey [10], buff, whitish or grey-brown. Surface often marked white, orange, yellow, black, or red to mimic sessile animals such as ascidians [17, 18, 11 & EML] , sponges [EML] and barnacles [2 & Flickr ]. Occasionally, white animals [14] resemble L. latens with yellow marks near the edge of the mantle, and fine black stipple with greyish discs resembling Tridemnum (EML); differentiation then depends on length and shell spire [15]. Front edge of mantle curved into a cylindrical siphon [5] with a cut along anterior face, so can be uncurled [6] at times. No gills or tentacles on the dorsal body surface. Smooth tentacles and no snout on head [8]. Underside of foot [7] paler than dorsal body surface. Slit runs across underside of foot near front edge.
Shell
Height (longest dimension) of shell [9] up to 12mm, width to 8.5mm. Permanently enclosed in body, fragile, translucent white. Periostracum, thin, transparent, slightly yellowed [15]. Large aperture, so boat or ear shape. Final whorl of short spire protrudes beyond outer lip of aperture when shell viewed from above or below, but apex may be recessed. Rarely washed up intact.
There is possible ambiguity over shell sizes in published accounts because of difficulty in measuring conventional height (apex to furthest point of aperture) of these fragile and unusually shaped shells, and perhaps identification confusion in collections of L. perspicua and L.latens shells. Longest dimension of shell is usually half length of body, or slightly more.
Key identification features

Ecology and behaviour
Low water spring tide to more than 100m. On or under stones and rock ledges, in rock pools and in Laminaria holdfasts near its compound ascidian prey, including Botryllus [EML], Polyclinum [EML], Leptoclinum and Trididemnum [EML]. Male has external penis. Vase-shape egg capsules full of yellow eggs are inserted into ascidians up to the neck of the vase. The majority of eggs fail to hatch and provide food for those that do. When covered in water, echinospira larvae are released to drift in the water column before settling on the sea floor and transforming into the adult form.
Distribution and status 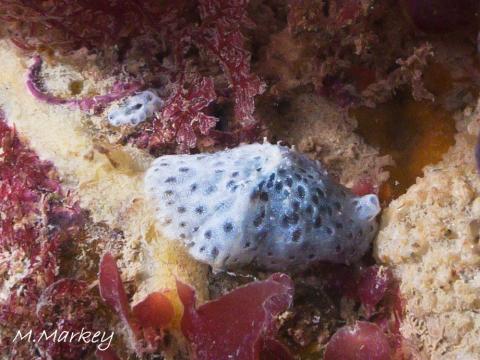 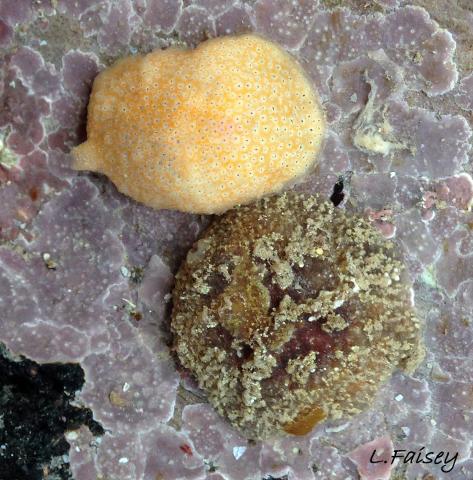 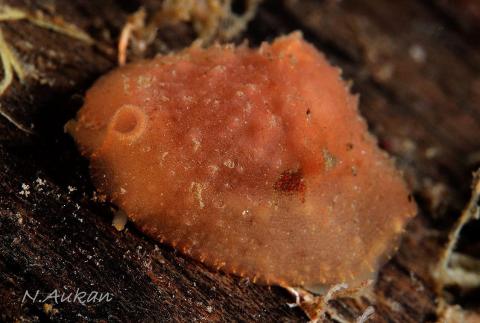 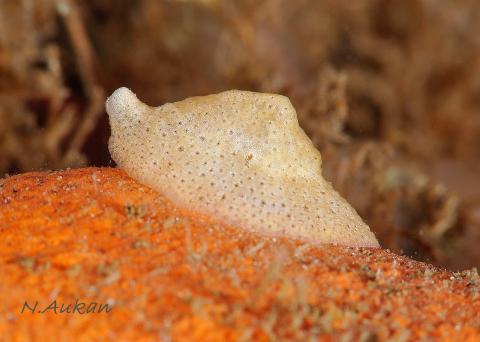 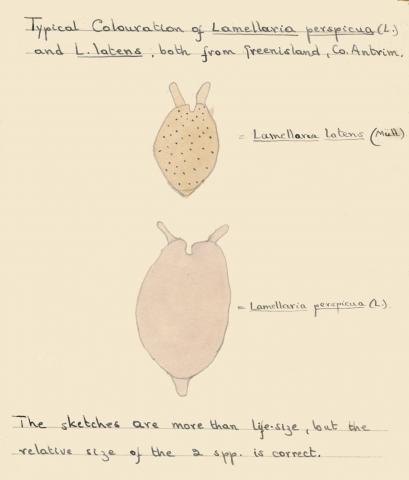 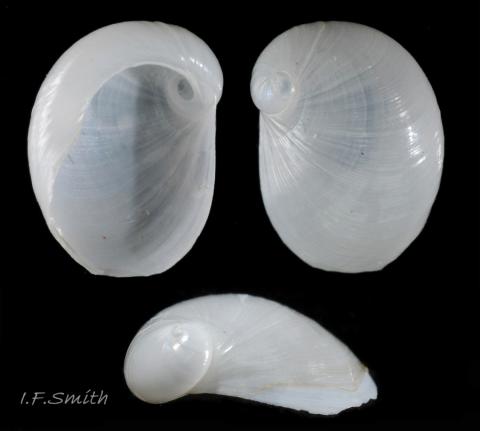 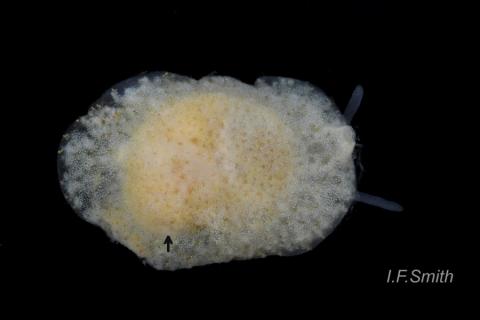 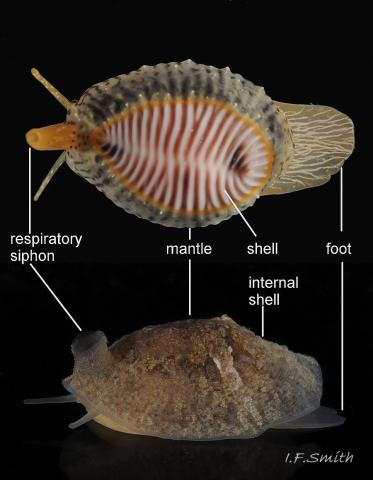 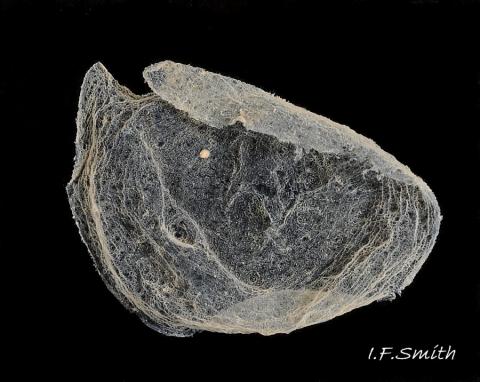 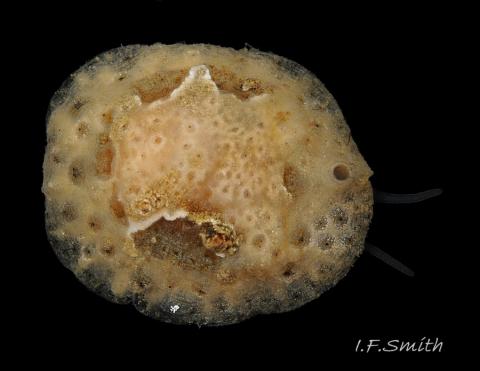 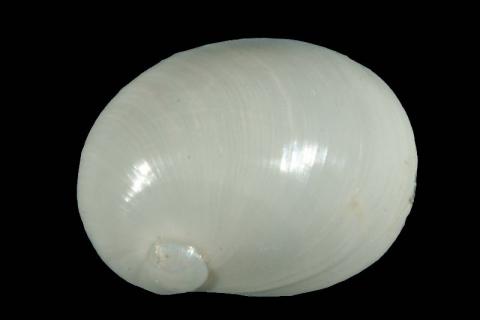 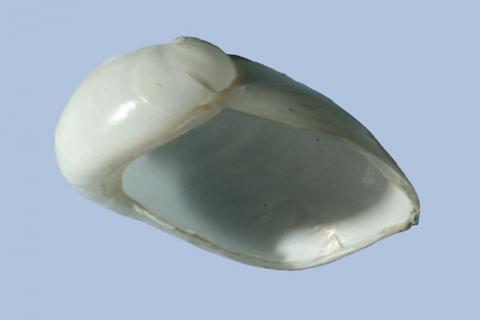