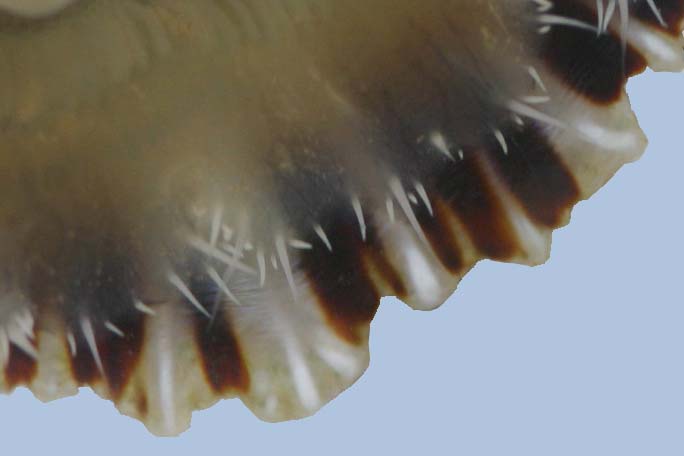 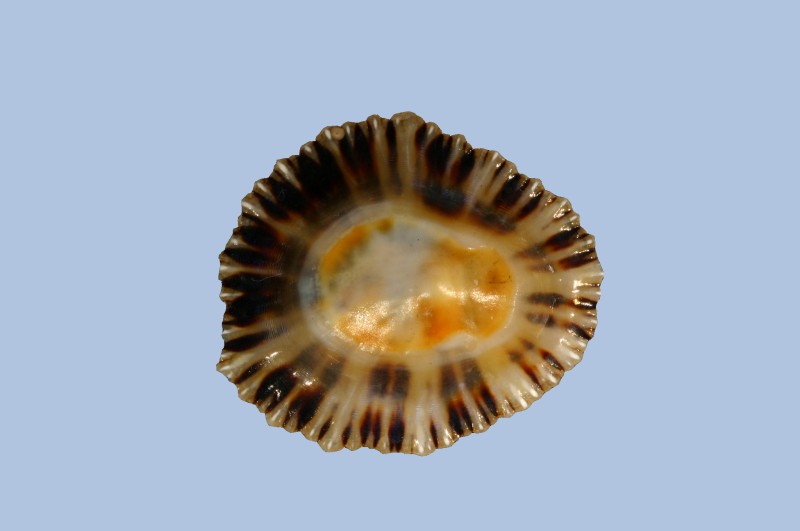 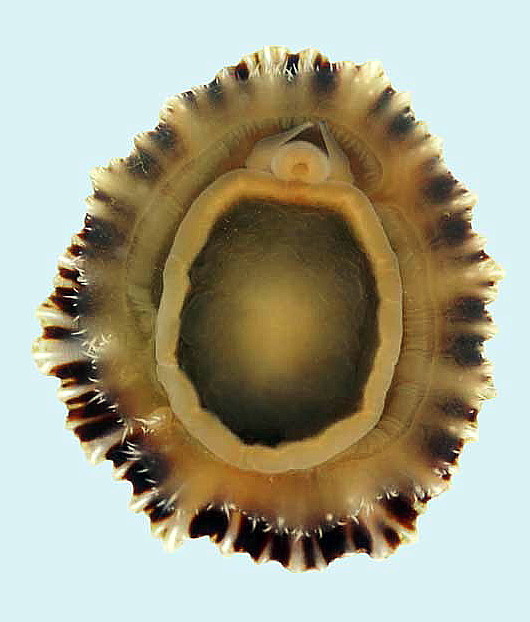 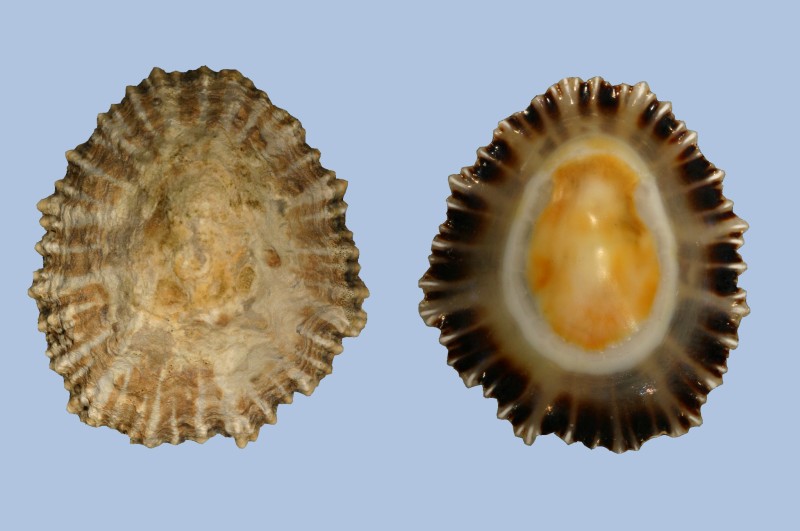 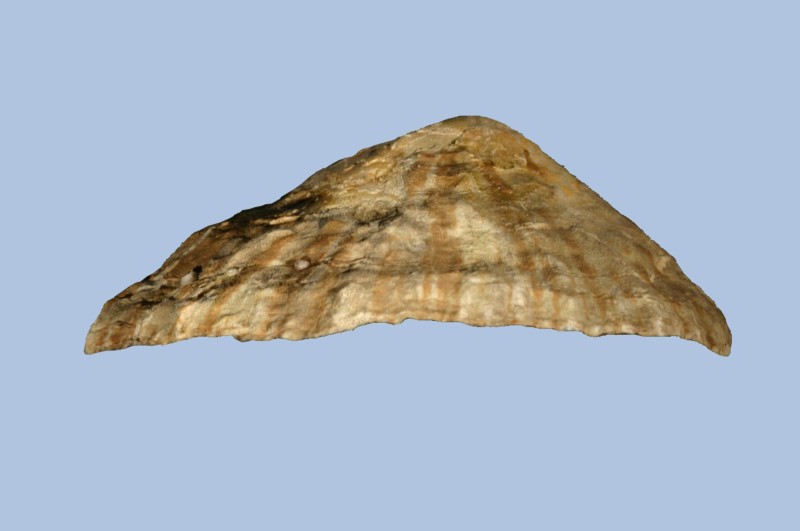 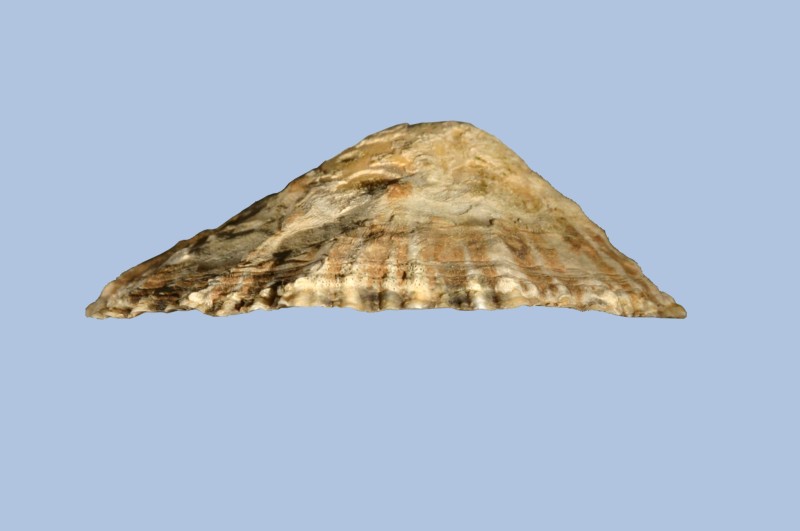 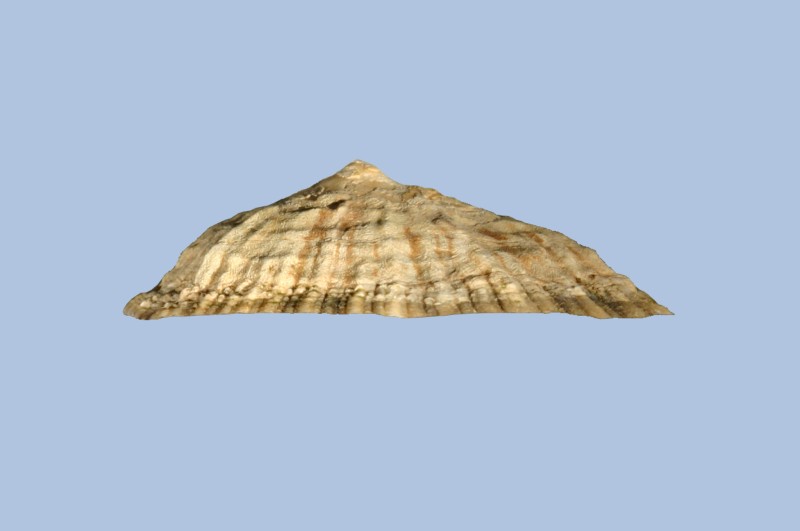 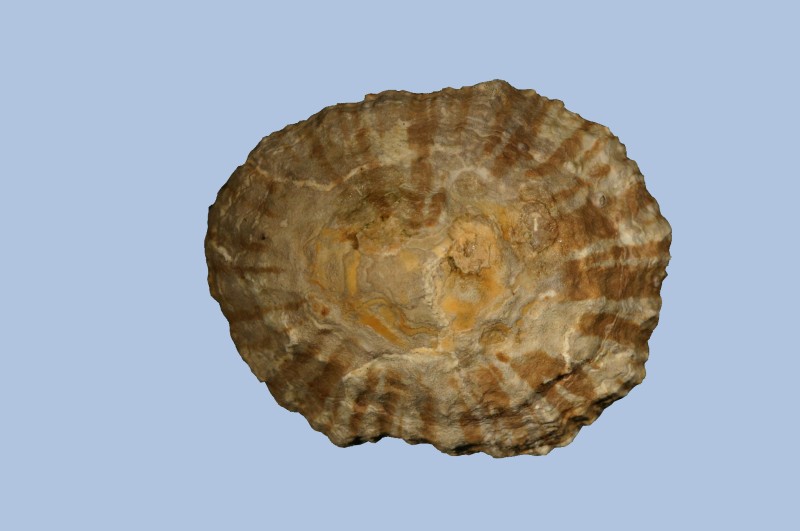 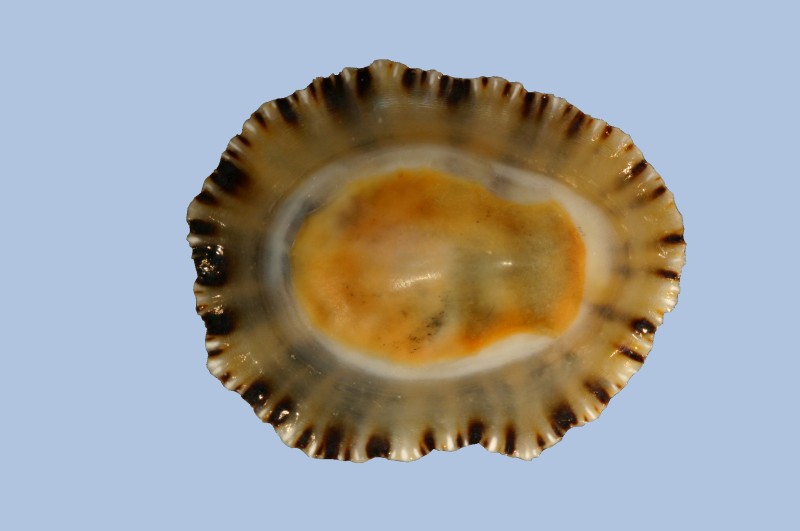 Conical shell up to 30mm in length (12mm in height). The shell is white or grey externally, sometimes with darker bands running from the apex to the margin.