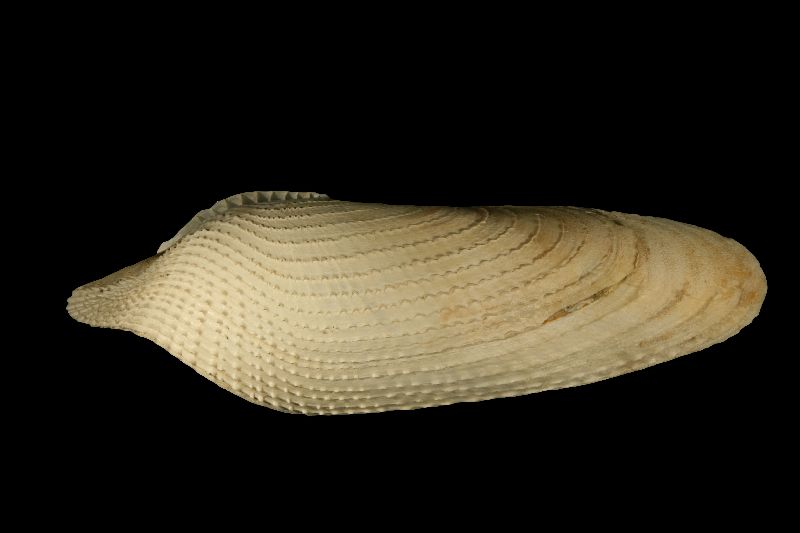 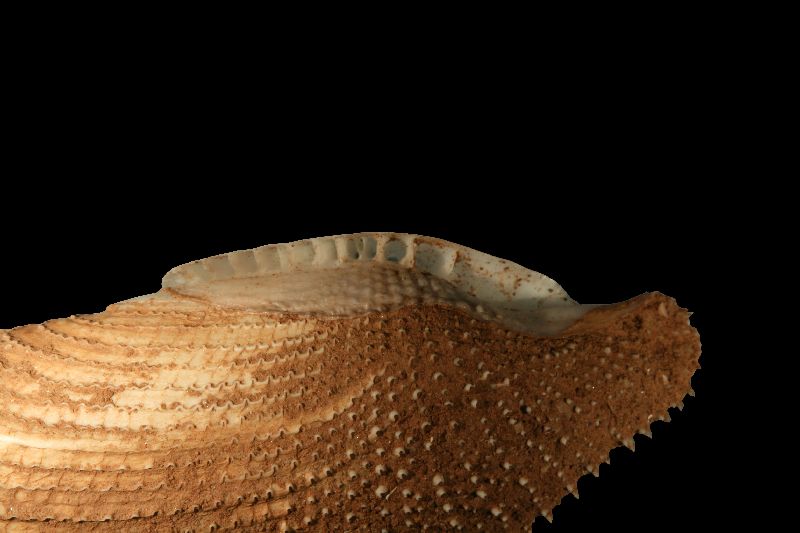 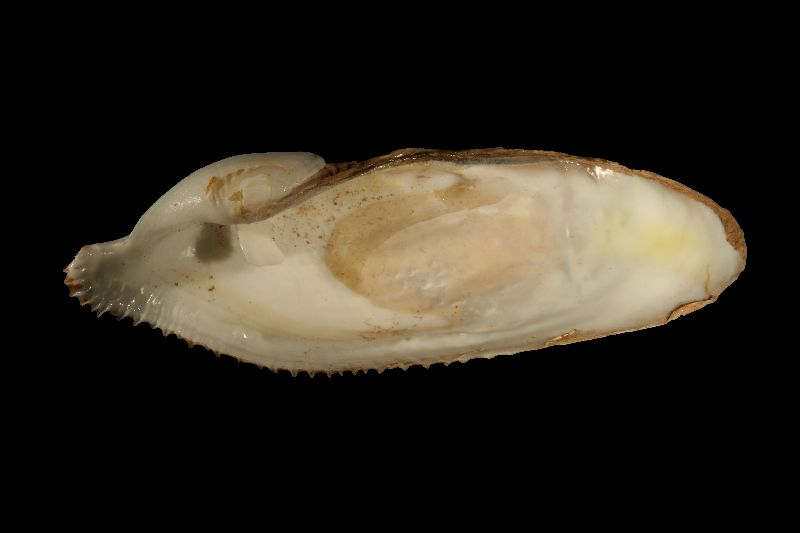 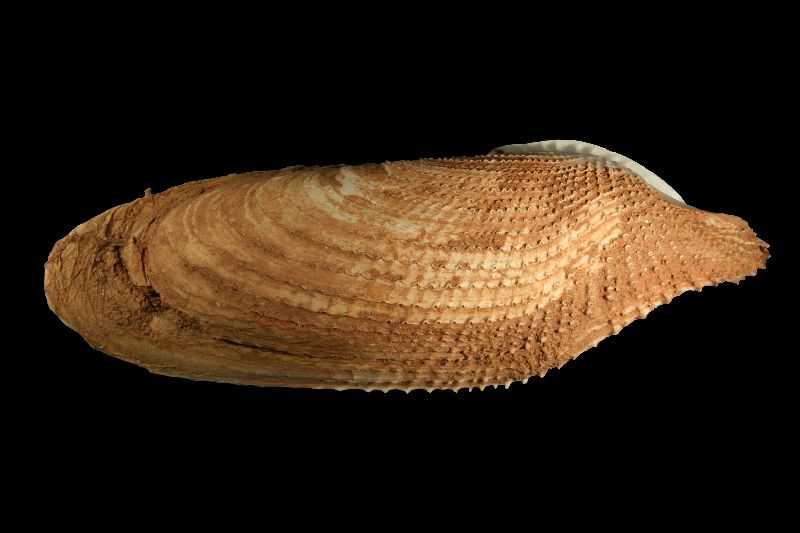 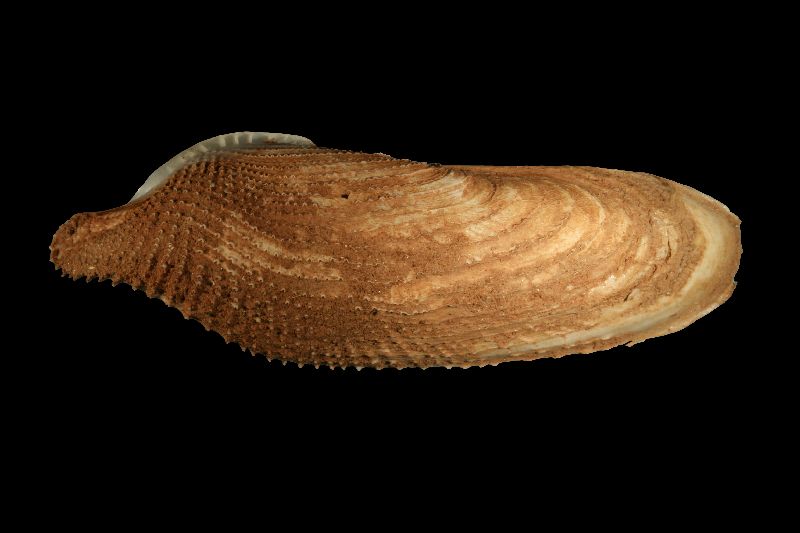 Found in the south and west of the British Isles down to the Iberian Peninsula and Atlantic coast of Morocco and into the Mediterranean and Black Seas.

Largest of the piddocks up to 15cm in length. White or pale grey in colour, though often discoloured by bored rock attached to the surface. Periostracum pale yellow/brown. Surface is scupltured with concentric ridges and about 40 radiating ribs at the anterior end. Shrap spines are formed where the ridges and ribs intersect.