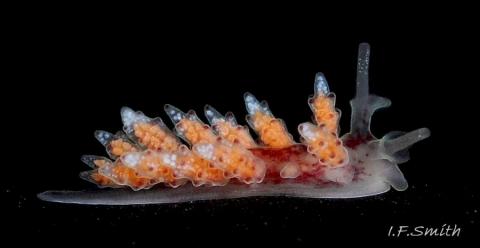 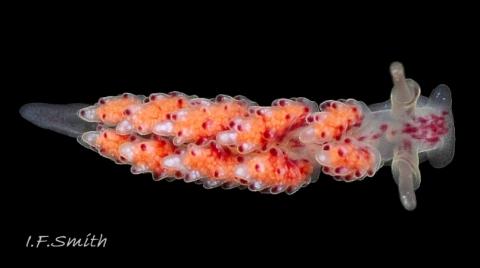 Up to 9 mm long. Translucent whitish epidermis [image3]. Tinted yellowish by microscopic translucent surface frosting [1], most noticeable on large specimens. Viscera show coral pink or orange on large specimens [1]. Surface has many purple-red freckles and streaks [4] on specimens of 5 mm and longer, but few on 2 mm juveniles [7].

Cerata
Contractile; can be blunt club shape [4] or extended and slender [6]. Up to seven each side of body [2]. Can be held to expose or conceal [3] the dorsum. Posterior ceras often tiny and concealed by overhanging adjacent one [2]. No cnidosacs at tips. Epithelium translucent whitish [3], can be tinted yellowish [1] on large specimens, revealing orange-red [1], pink-red or, on 2mm juveniles, pink-white  [7] internal digestive gland which extends to base of apical tubercle. Colour of digestive gland may reflect diet; orange-red from Garveia nutans, pink-red from Sarsia exima (EML). Each ceras has up to five concentric rings of tubercles and an apical tubercle.
Most tubercles have a large subepidermal red terminal spheroid [1], but it is often missing on more than half of the apical tubercles [3]. Tubercles also have many white subepidermal bodies, most noticeably in the apical tubercle where the digestive gland does not penetrate [5].
No surface pigment, but some basal subepidermal red-purple mottling inside the inner (mesial) face [4].
Rhinophores
Smooth, translucent white [5], delicately tinted yellowish [1] on some larger specimens, with some white surface pigment spots. Arise from a translucent white, sometimes yellow tinted, basal sheath with dilated smooth rim.
Head
No oral tentacles, but front margin expanded laterally into lobes [3]. Head crest runs forwards from each rhinophore [9].
Foot
Sole white, or may be orange on larger specimens feeding on Garveia nutans. No propodial expansion [8].

Few records as recently segregated from Doto coronata, but can be common where its prey occurs. (UK interactive distribution map, NBN) 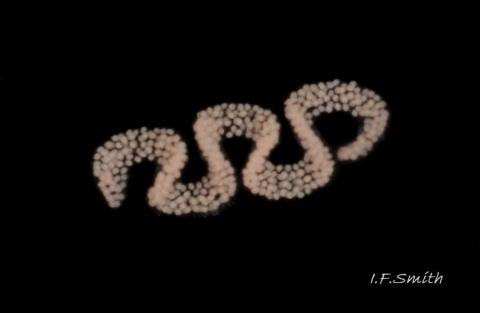 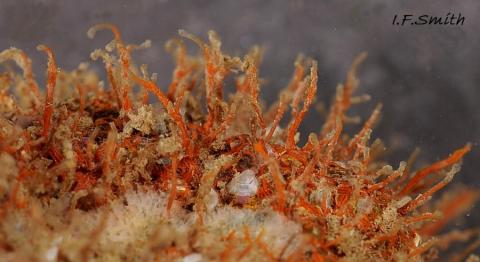 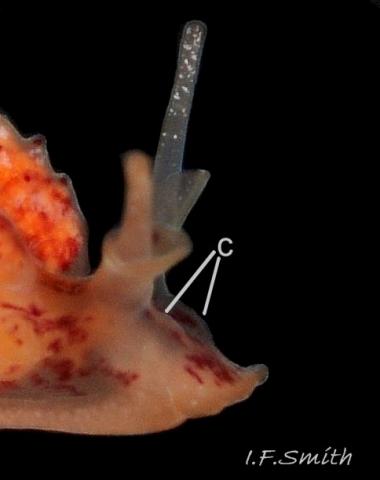 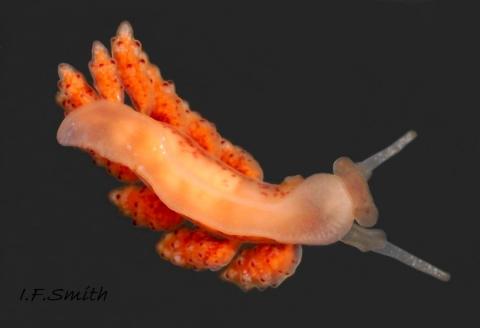 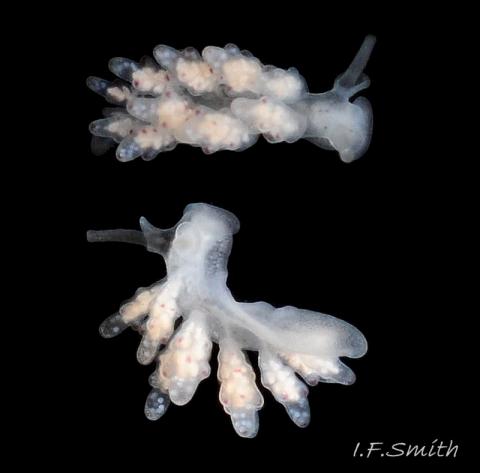 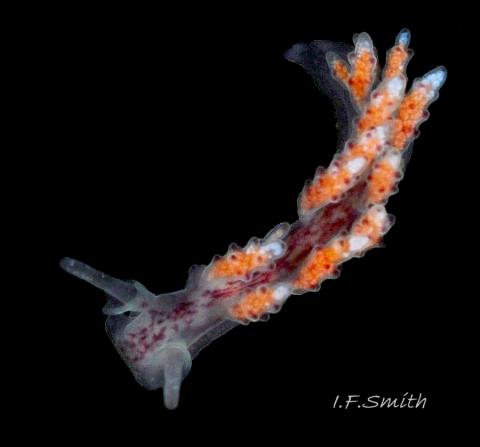 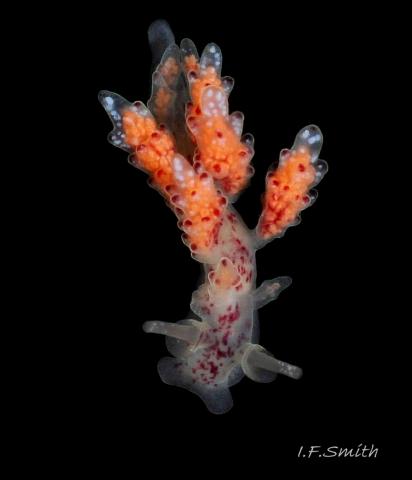 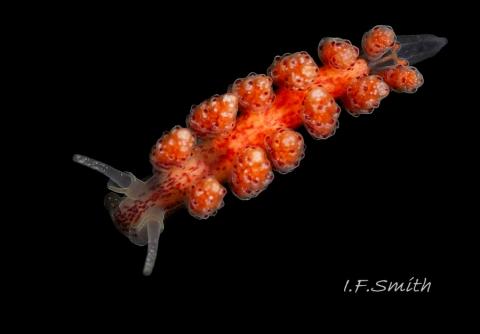 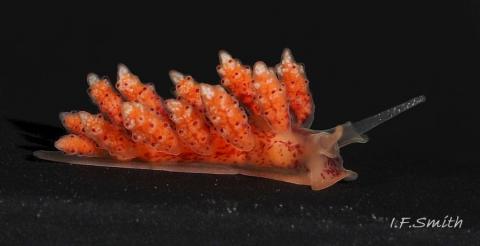