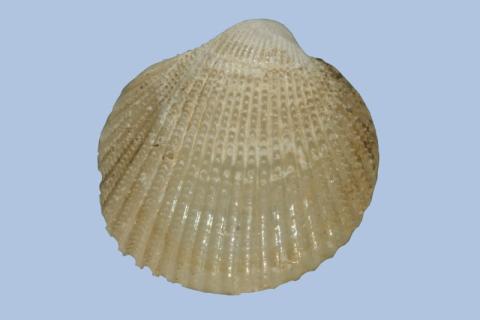 Up to 6mm long, 5,5mm high, 4 mm wide, round, plump, fragile, almost equilateral, only very slightly keeled. 27-32 flattened radial ribs with narrow grooves between, within the grooves there are pits on part if not all of the shell. In addition there are straight narrow incised lines and riblets at the posterior end and at the ventral margin where the ribs are set further apart. Spines on the ribs numerous, arched, crescentic with the concave side facing ventrally, normally in a single row but occasionally in a double row. Towards the anterior and posterior they are higher and more pointed. The shell has a rough rasp-like feel. The spines may be worn off on the most bulbous part of the shell. Ribs appear on the inside of the shell as shallow grooves extending part way into the shell, continued to the umbones as faint stripes caused by the variation of thickness of the shell. Teeth as for the genus. Growth lines and periostracum seldom present. Shell milky translucent white, animal white.

Burrows in mud, muddy sand, muddy gravel and occasionally in shell gravel from 10 to 200m

Rare. Distributed from Iceland and Norway south to the Iberian Peninsula and into the Mediterranean. 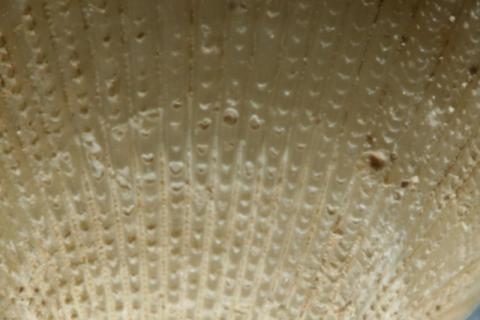 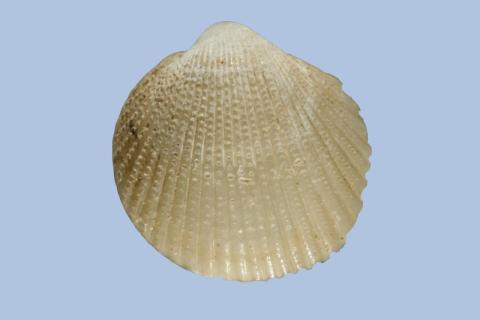 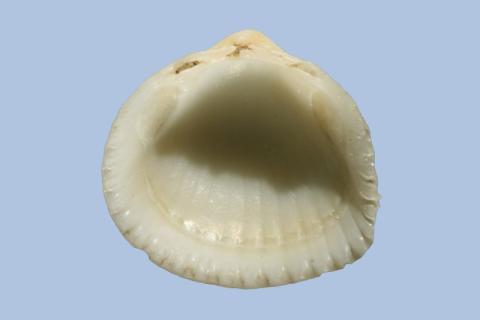 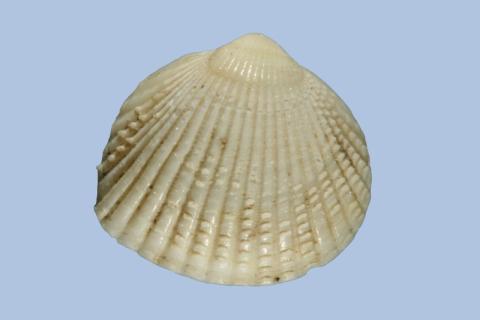