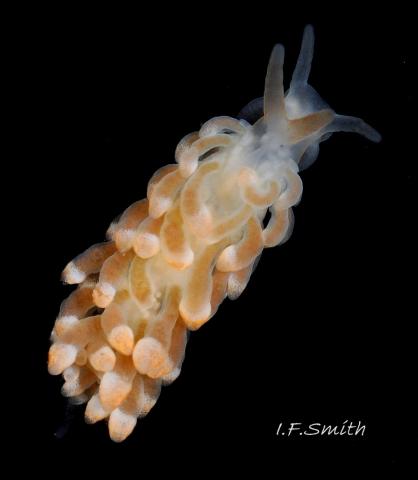 CURRENTLY ACCEPTED NAME is Catriona aurantia (Alder & Hancock,1842) . The true C. gymnota (Couthouy, 1838) lives in the NW Atlantic and is not the species here described.

In the past, Catriona aurantia was synonymized with C. gymnota as indicated on MolluscaBase and the NBN.

LWS rocky shores and shallow coastal waters where strong currents. At or near base of its prey; Tubularia spp. (EML). Hermaphrodite. White spawn mass laid in transparent kidney shape case at base of Tubularia. Attached by broad stem on one side. Before release, moving hatched white veliger larvae visible within case [6]. Transparent larval shell reflective, usually with two mobile bright highlights which can iridesce green. Veliger larvae swim in plankton for up to ten days before transforming into the adult form. Breeds most months. Several generations each year.

Western Mediterranean to Norway (GBIF map). Common all round Britain and Ireland on hard substrate sea beds, and occasionally on rocky shores, where Tubularia occurs.

Distribution data for the species in the UK based on a range of other sources can be found on the UK National Biodiversity Network (NBN). 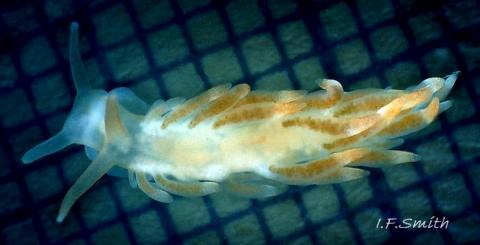 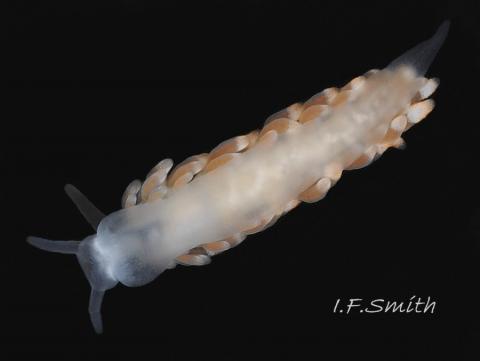 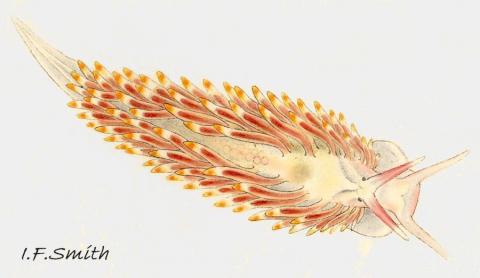 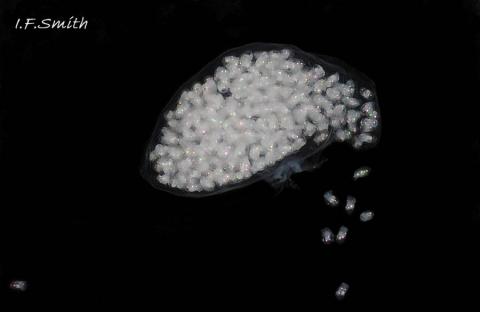 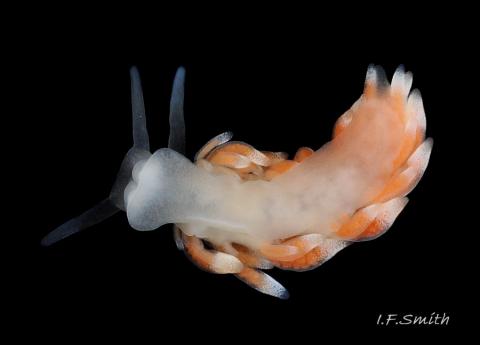 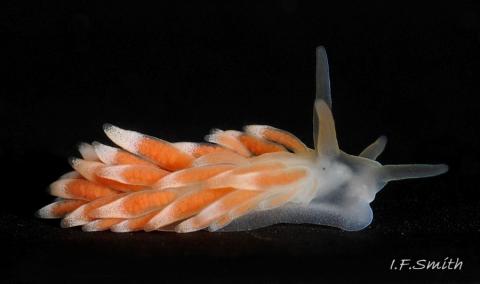 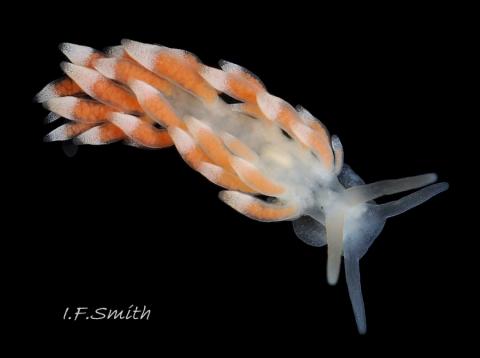