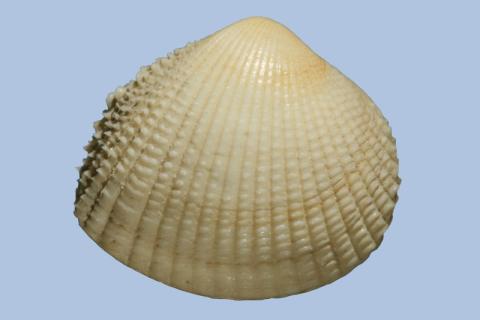 Up to 8mm long, 7mm high, 5.5mm across, oval-trangular, not skewed, umbones almost central, less plump than the proceding species, heavier for its size, more or less keeled. 25-28 radial ribs, slightly flattened and with the interstices usually over half as wide as the ribs, crossed by fine concentric grooves and riblets which may also cross the ribs to give a decussate appearance especially where tubercles are absent. The grooves between the ribs may or may not form pits, the propensity for pitting is more marked in northern specimens. Ribs covered by close-set slightly arched tubercles, not sharp and cusp-like scales as in Parvicardium minimum, spines at the posterior end. Teeth as for the genus, growth lines occasional, periostracum pale straw coloured, at the ventral margin only. Ribs appear as fluted grooves on the inside of the shell and may or may not extend throughout. Colour usually dirty
white but may be bright yellow or apricot especially near the umbones. Animal white.

Burrows in mud, sand, muddy sand, muddy gravel, shell gravel and occasionally amongst the roots of small algae such as Corallina. Lower shore to over 100m.

Locally common. Distributed from Norway to Morocco and into the Mediterranean. 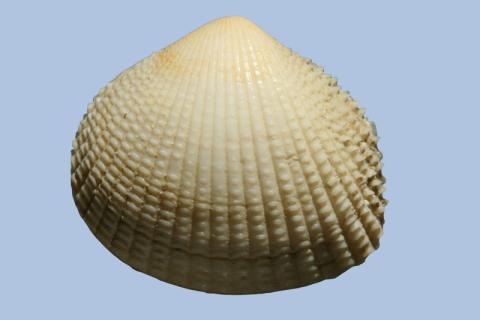 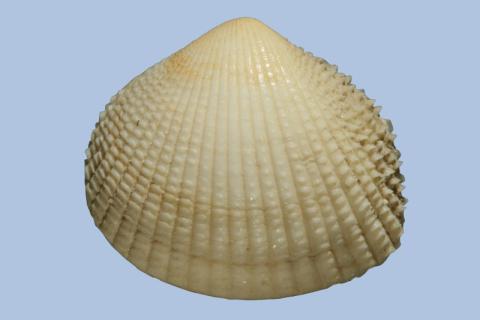 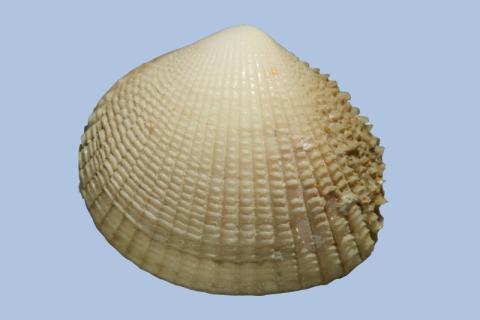 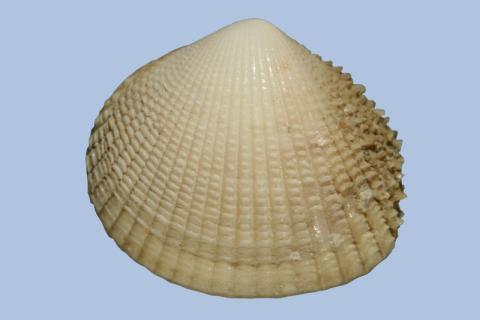 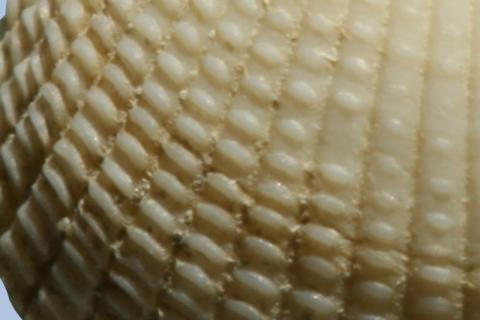 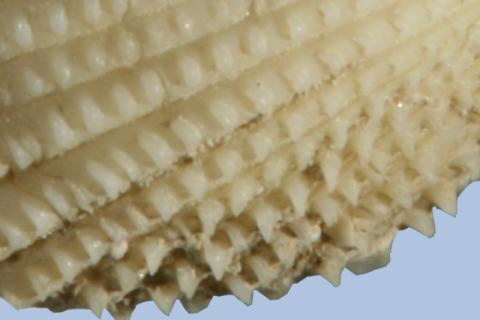