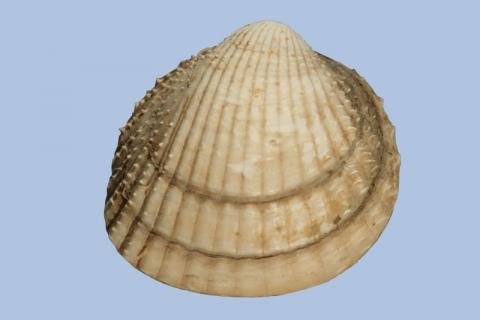 Up to 8mm long, 7mm high, 5,5mm across, oval-triangular, somewhat inequilateral, skewed, slightly keeled. 24-28 flattened radial ribs with narrow concentric grooves between, pits always present in the grooves in the anterior and posterior parts of the shell, sometimes in the middle as well. Distinctive pattern of spines of the 7-8 posterior ribs and tubercles on the 8-10 anterior ribs with a bald patch down the middle. Teeth as for the genus but very small, some may be absent. Growth lines and periostracum seldom present. Ribs appear as fluting on the inside of the shell, not extending further than 2/5 of the way. Shell white or pale buff to apricot with or without concentric russet bands and blotches. Animal white.

Burrows in muddy sand, sand and muddy gravel and shell gravel from low water to 150m.

Locally common. Distributed from Iceland and Finland south to Morocco, the Canaries and the Mediterranean. 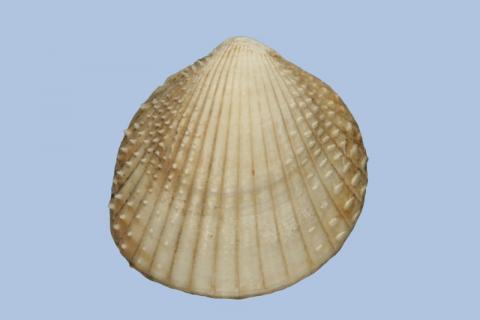 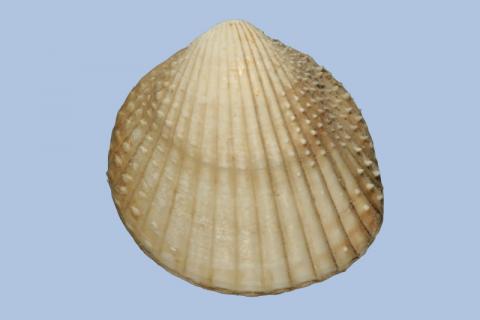 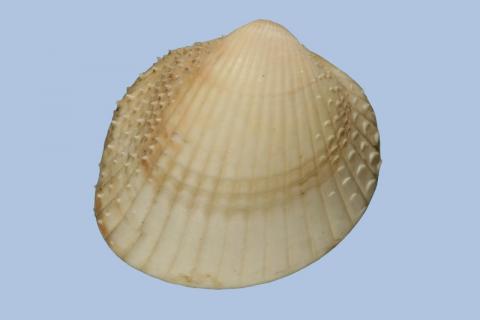 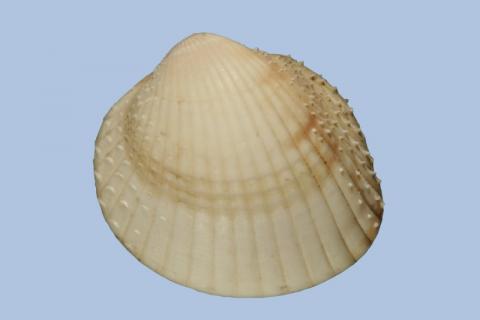 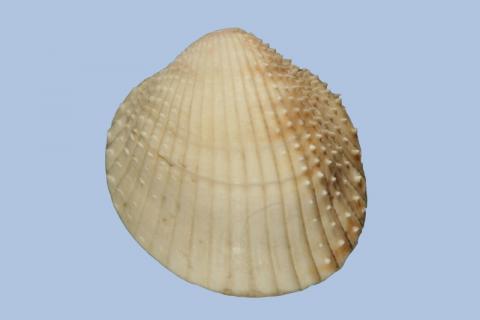 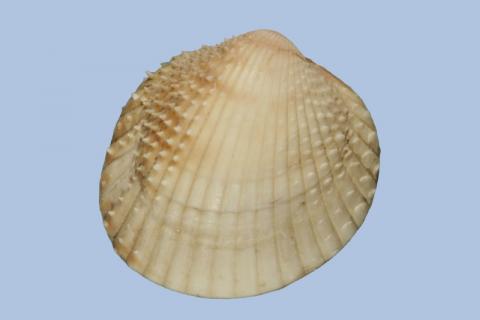 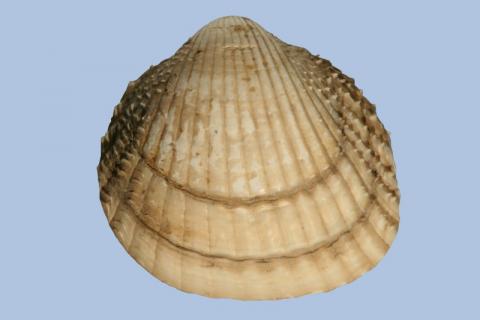 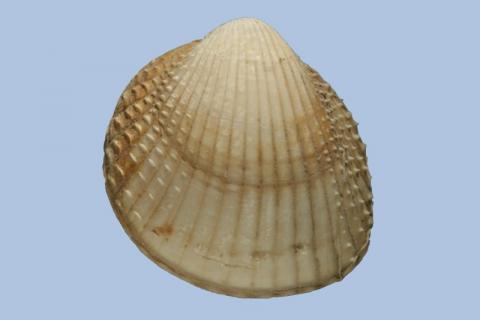 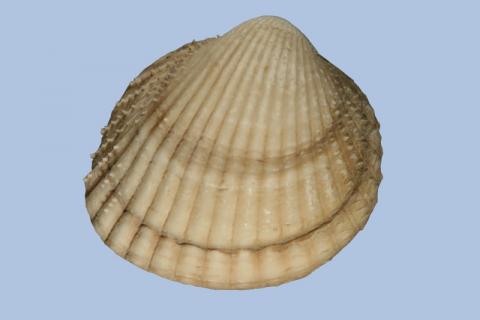 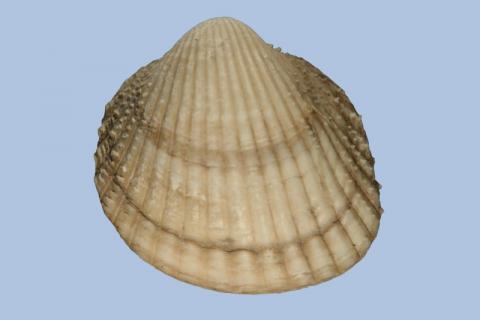