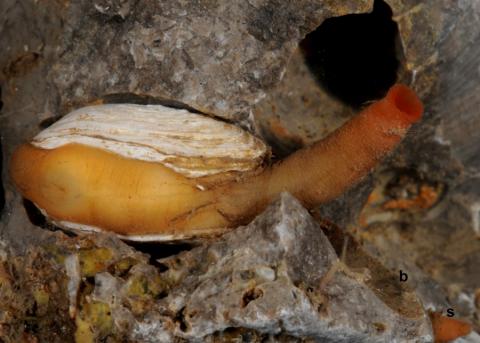 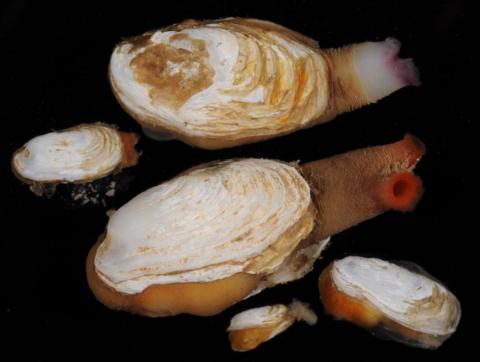 It has long been uncertain whether there are one or more species of Hiatella in British and Irish waters. They are very variable, “no two specimens being alike” (Tebble). Hiatella rugosa may be a separate species, or just a distinct ecotype of H. arctica resulting from boring into rock.

Ecology and behaviour
Rocky substrate, especially limestone, but soft homogeneous rocks also. Lower shore to deep offshore. Can occur at high densities, riddling rock with borings. Outer part of boring narrow as made when young. Impossible to extract without breaking rock. No trace of acid secretion found (Yonge, 1966), but hard to credit that deep precisely bored hole is made solely by movement under hydraulic pressure of soft chalky valves that can be renewed by the mantle on the exterior only at the margin. Large parts of yellow-brown periostracum survive boring process.   Siphons circulate water to ctenidium for respiration and filter feeding, control expansion for bracing body during boring, and, when trigger temperature reached, expel milt or ova that pass a veliger stage in plankton before settling on suitable substrate. 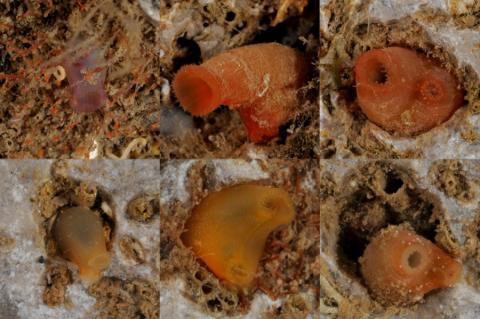 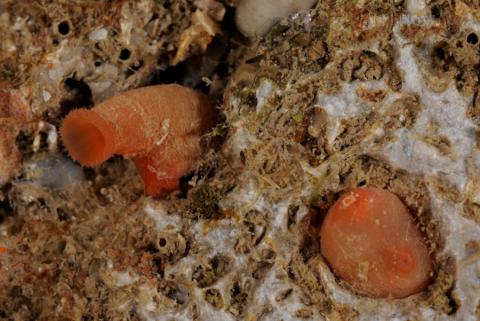 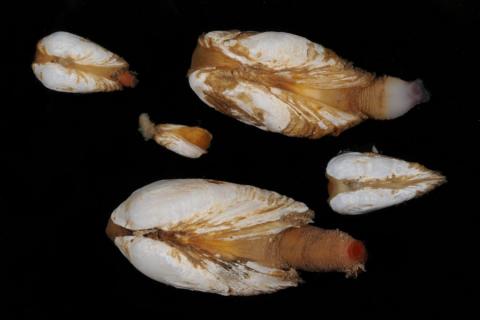 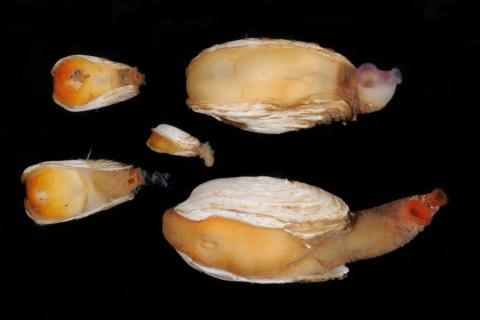