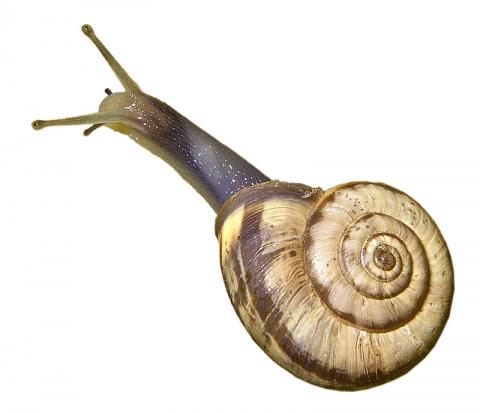 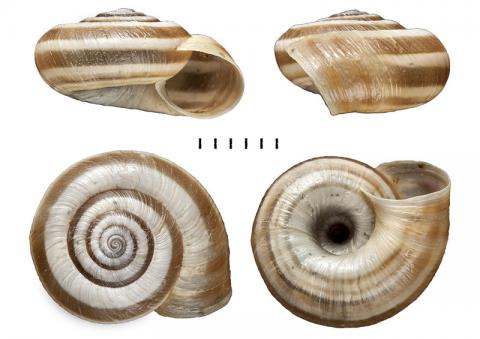 Size: 9-25mm width; 5-12 tall. Shape: Almost flat on top (spire very slightly elevated) but convex below. Umbilicalis very broad and open. Mouth does not possess a lip or calluses but does have a weak internal rib just behind the mouth edge. Colour: Glossy, chalky whitish to grey fawn in colour. Often banded (or blotched) with brown. Dart-sac: The dart-sac is double and secrets a pair of darts with 16 mucus glands arranged in two groups. 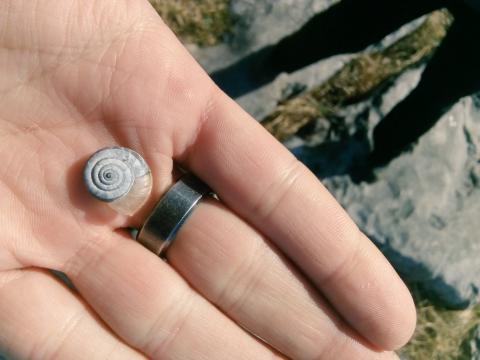