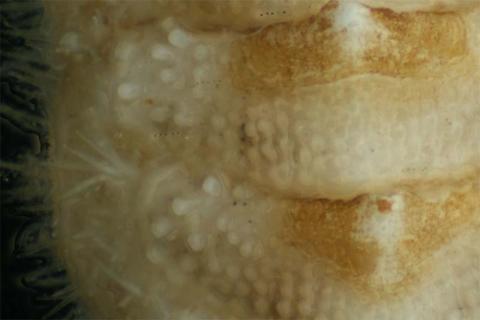 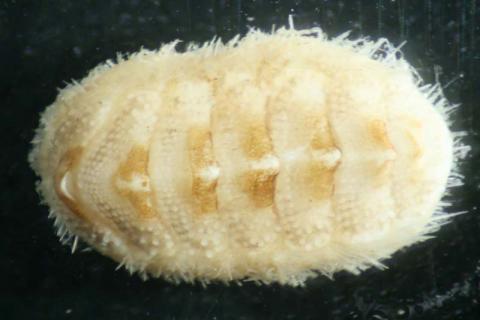 Size: Up to about 22mm long. Shape: Relatively elongate species. It has a narrow girdle with the shell making up 80% of the width. Valves are relatively tall with a definite keel. Shell colour: Colouration is white or beige but may be partially covered by black deposits of iron or manganese salts.. Sculpture: The valves are coarsely sculptured with large granules arranged in rows. Girdle: Covered with short spicules and long smooth spines.  Animal: Gills are restricted to the rear of the grooves on either side of the foot (merobranch).

Occurs mainly on sandy bottoms attached to small shells and pebbles from 15m to 300m depth (though most common below 100m). It feeds by grazing material from the rock surface using its radula.

Relatively rare species. It occurs from the Arctic Ocean and Barents Seas in the north, around the coasts of Norway, Sweden, Greenland and as far south as the Mediterranean. Present all around the British Isles.