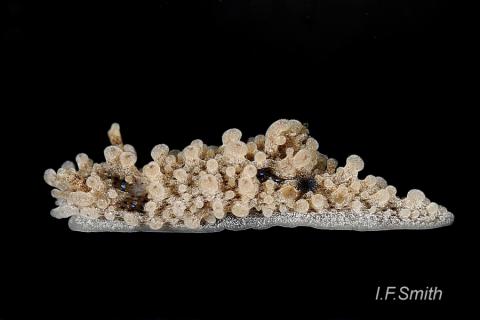 No other British member of the Polyceroidea has brilliant blue-green spots.

On lower shore and sublittorally to 100m feeding on Leucoselenia botryoides [EML] . Cryptic structure and colour make it difficult to detect on shore. Most easily found by examining L. botryoides in water. Simultaneous hermaphrodite. Spawns in June and July. Spawn mass a spiral ribbon attached by edge. Veliger larvae live as plankton before metamorphosing.

Norway (near Arctic circle) into Mediterranean. A. punctilucens, or a similar species, is recorded from China, Japan (Seaslug Forum)  and Australia ( GBIF map).

Widespread around Britain and Ireland, but probably under recorded because of its camouflage. (U.K. interactive distribution map (NBN Atlas). 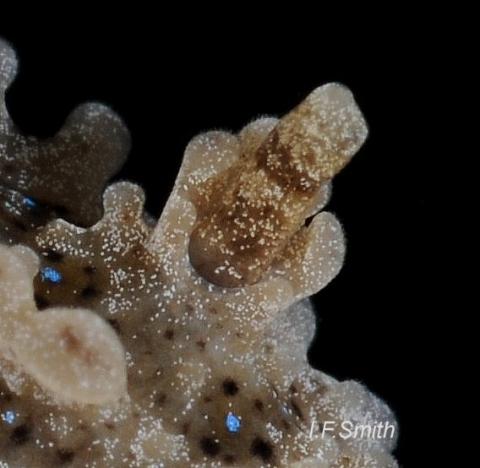 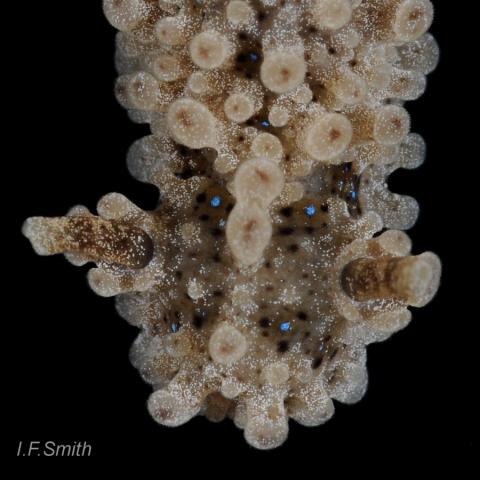 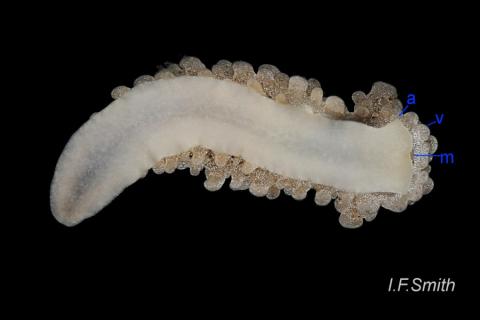