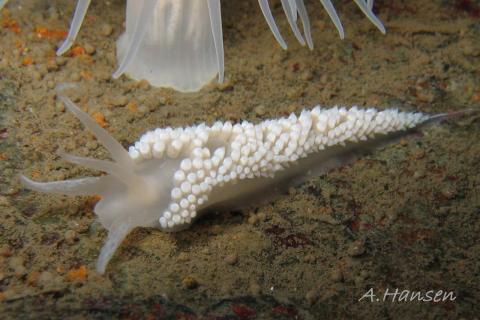 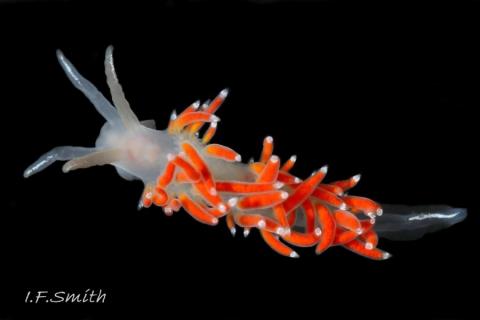 Preface
Flabellina verrucosa and Coryphella verrucosa rufibranchialis are both accepted names in WoRMS.

Two forms of Flabellina verrucosa with very distinct appearances occur in Scandinavia and northern Britain. One with short stout cerata closely resembles the original description and illustration by Sars (SSF). The other with longer, more slender cerata may be the form described in Alder & Hancock as Eolis rufibranchialis Johnston, 1832, which is the form described in this account. DNA sequencing by R.Eriksson et al. (2006) suggests that two Scandinavian forms are the same species genetically. Mating of the two forms has been photographed by Erling Svensen and intermediate forms also photographed, but opinion is still divided on whether British  F. rufibranchialis are the same species. The forms might be the result of different diets, so recording of food organisms is important. Meantime, it is suggested that records of the Johnston form are kept as Flabellina verrucosa rufibranchialis. The form with short cerata has been photographed in Scotland by George Brown, and it seems it extends as far south as Strangford Lough in N. Ireland. Two images of it from Norway are included to help recognition if it is found elsewhere [7] & [8]. Also see (SSF).

Body (excluding appendages)
Usually up to 25 mm long, occasionally 35mm. Translucent white, revealing white ovotestis when mature (can mature at 5mm). Opaque white continuous dorsal line, with occasional clear spots, on tail [1], continues as a broken dorsal line to pericardium, but often obscured by overhanging cerata. Line on back may be only slightly developed on juveniles.

Cerata
Often obscure dorsum of body. Arranged in 5 – 7 diagonal rows on each side of the body, rising from a notal ridge [3] which does not continue between ceratal groups. Translucent white revealing brown, maroon or crimson internal digestive gland. Narrow, fragmentary, opaque white subterminal pigment band [3] circles the translucent white tip containing cnidosacs. Small round cerata frequently at base of ceratal groups [4].

Sublittorally to 450 metres, and at LWS, where strong currents favour principle prey; Tubularia indivisa  (EML). Many other hydroids eaten, especially when juvenile. Simultaneous hermaphrodite. Spawn a thin line arranged as a smooth spiral on flat rock, or looped around hydroids. Breeds April – June in Britain. Veliger larvae drift for about ten days before metamorphosing.

Current taxonomy; See notes at top of this account. 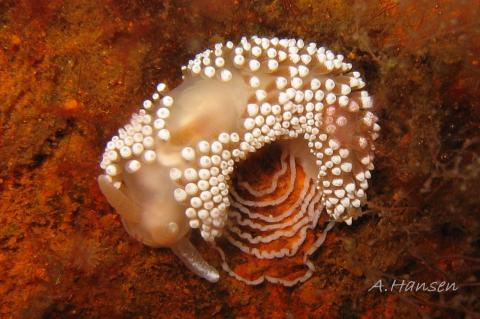 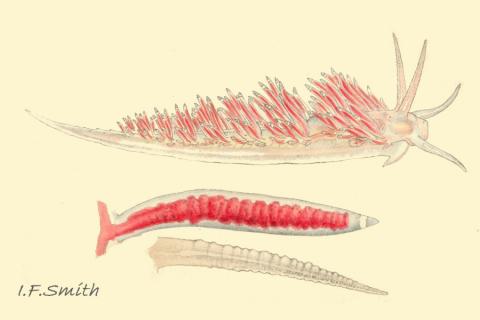 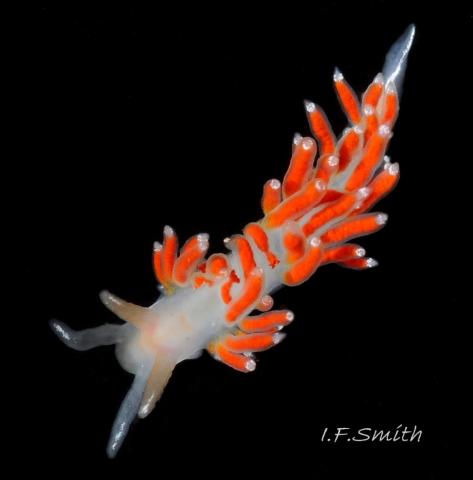 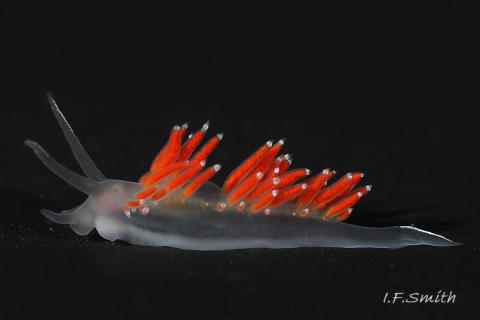 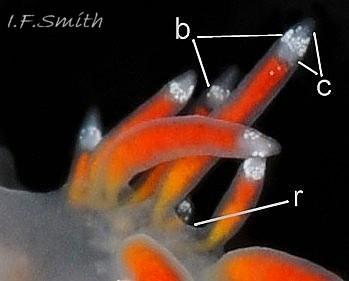 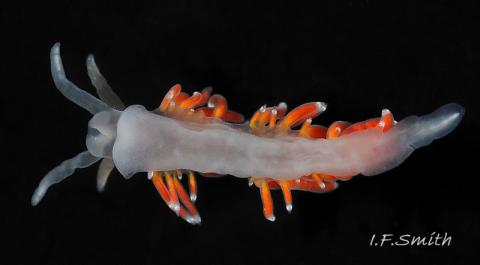