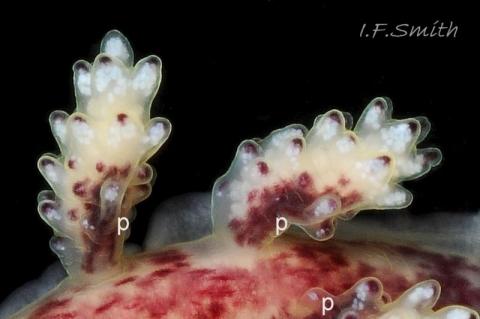 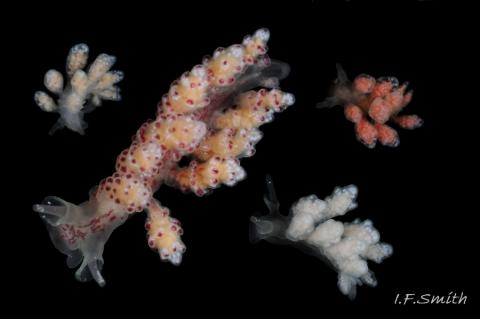 Lower shore and sublittoral on or near its hydroid prey, especially Obelia geniculata (EML),  Sertularia argentea (EML), and Dynamena pumila [2] which often grows on Fucus serratus. Also reported from Hydrallmania falcata, Abietinaria abietina, Sertularia operculata and S. cupressina, but the specimens reported from some of these, at the time, may have been undescribed segregate species. Simultaneous hermaphrodite. Sexually mature at small size; spawn mass varies [11] with size of adult. Convoluted white band of spawn draped round hydroids in most months. A photograph of spawn on a flat surface suggests there may be an accompanying line of mucus [8] perhaps to secure the mass. Up to four generations per year. Shelled veligers drift as plankton before transforming into adults.

Iceland and Spitzbergen to Mediterranean, and in New England, USA. Records from S. Africa are another specis (Shipman & Gosliner, 2015) ( GBIF map). Widespread and often common in Britain and Ireland, but many records are probably of species now segregated from D. coronata agg., or species yet to be recognised. ( UK interactive distribution map). 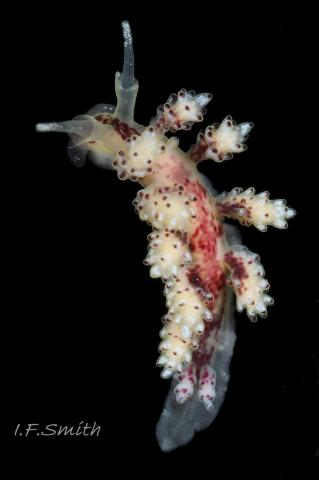 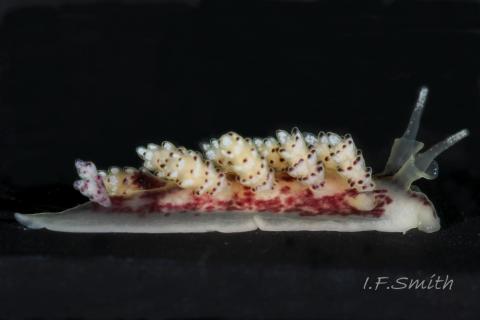 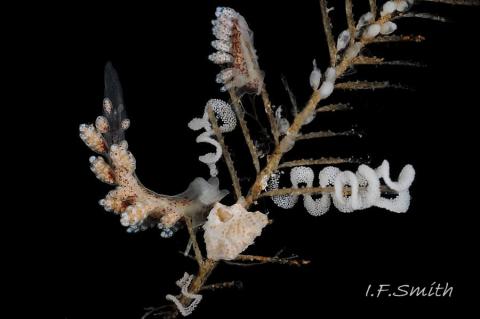 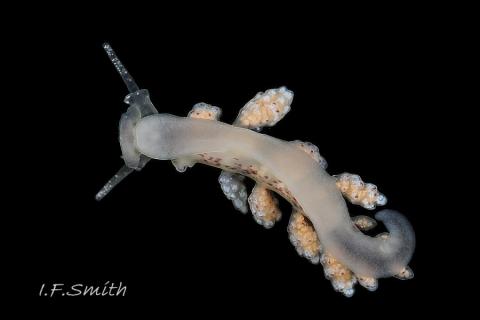 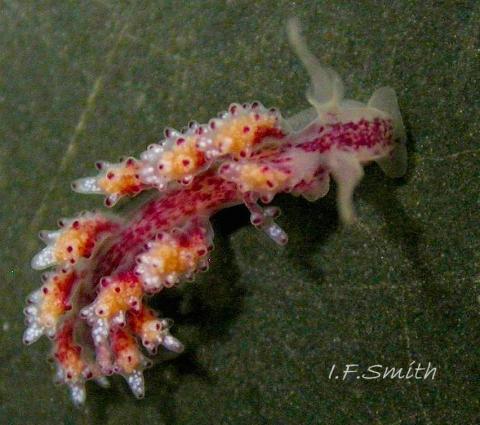 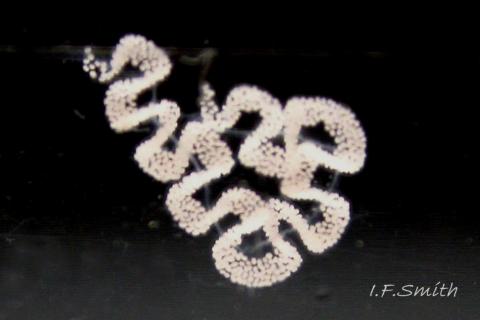 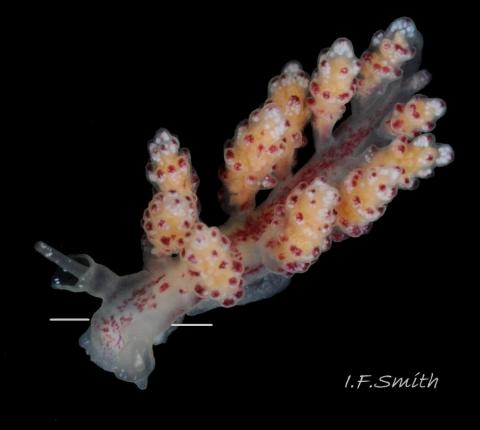 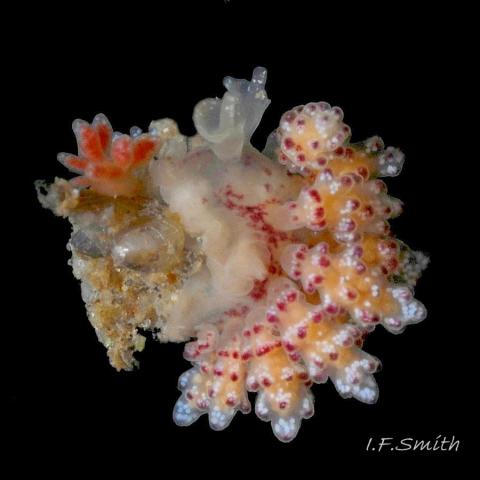 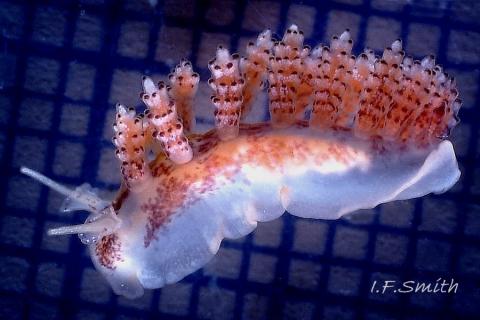 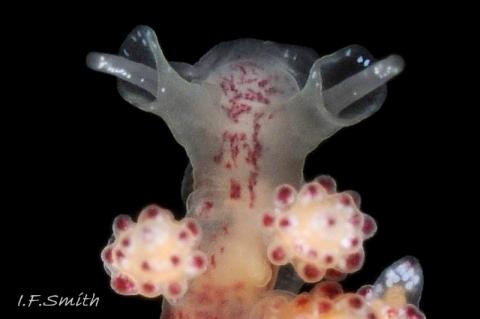 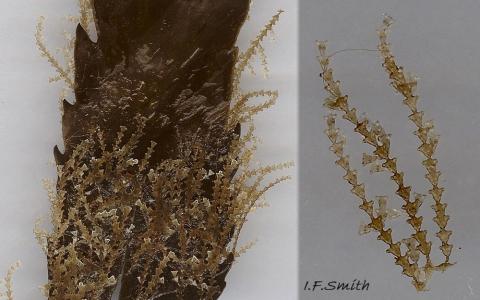 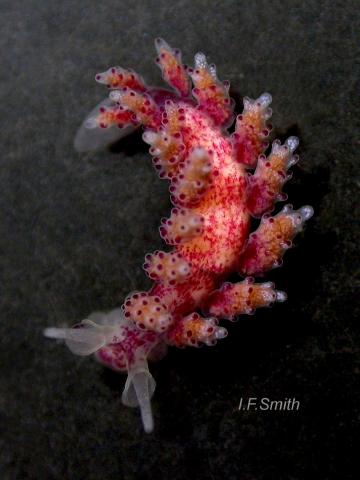