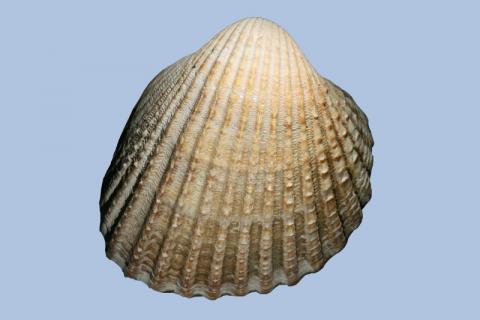 Shell up to 100mm long, 90mm high, 85mm across, juvenile shells round or oval, noticeably longer than high, larger shells becoming plumper and more rhombic with age, developing an angulation or keel 7 or 8 ribs from the posterior margin, the anterior margin becoming produced and rounded. Shell strongly radially ribbed, 20-22 ribs in the adult, less in the juvenile. A thin ridge carrying the spines and linking them lies down the centre of the ribs, present even where spines are absent. In juveniles the spines are imperfectly developed, merely long-based enrolled teeth, possibly restricted to the posterior ribs. In larger specimens the spines are generally undeveloped or worn on the central portion of the shell but towards the anterior and posterior they may be up to 8mm long and are channelled or enrolled lengthways. There are fine straight even striations between the ribs, continuing from the channels between the ribs to about half way up the sides of the ribs. Inside the shell, the ribs show as a fluting or channelling on the inside, throughout the shell in juveniles but in older specimens only reaching 2/5 of the way in from the ventral margin. Growth lines indistinct. In the right valve the posterior lateral tooth may have two small protrusions or toothlets at its base. Colour cream with brownish russet or apricot concentric bands. Animal bright vermilion, foot long and awl-shaped. Edible, commercial species. 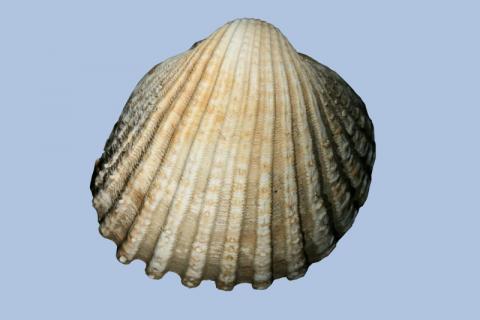 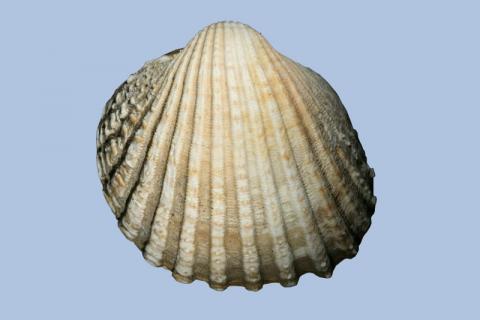 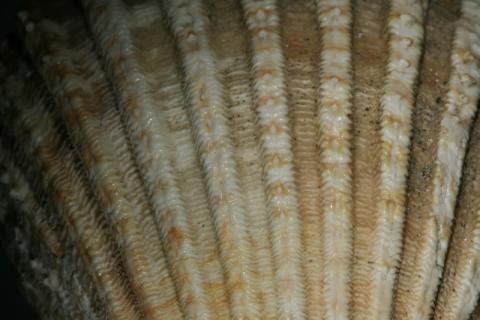 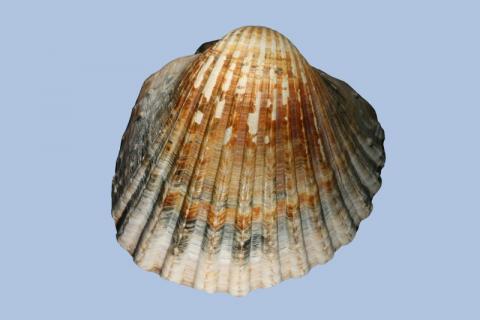 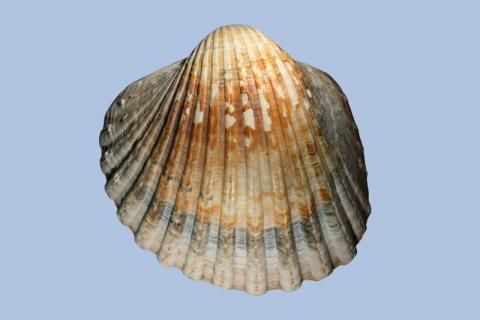 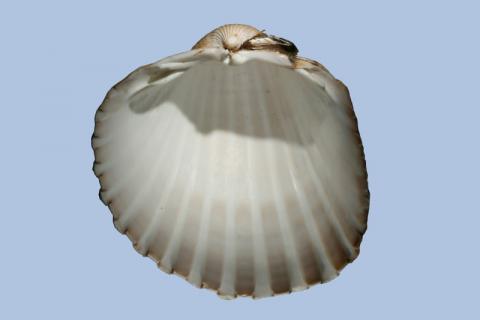 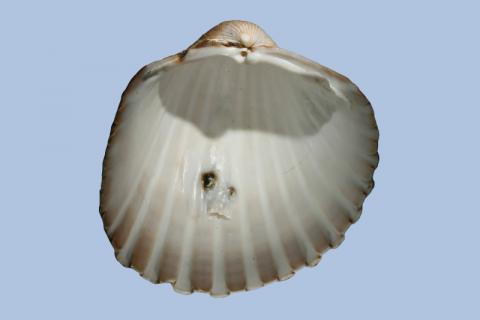 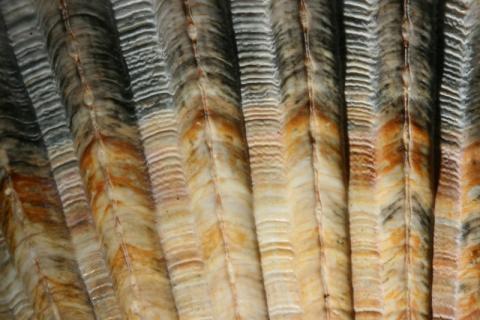 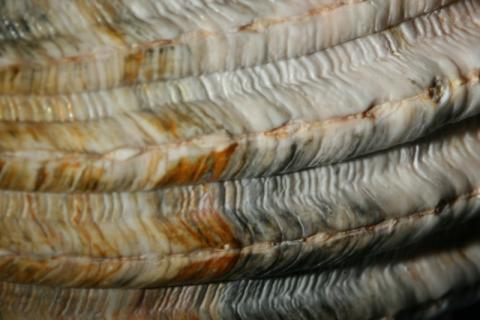 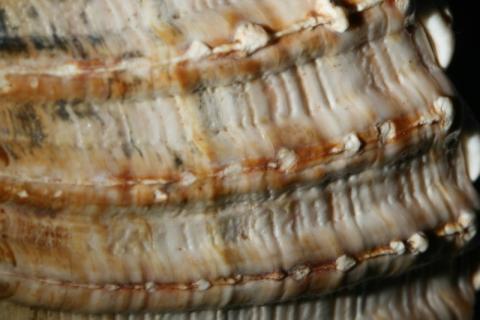 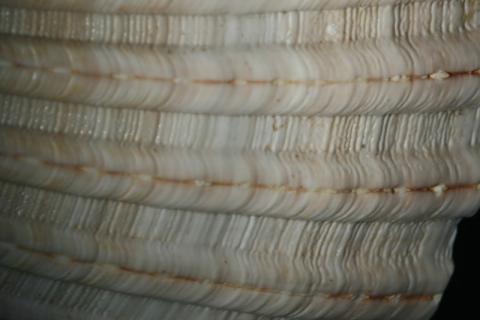 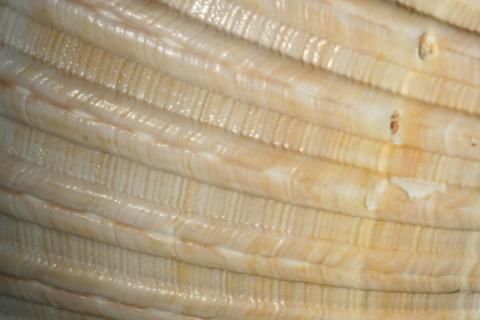