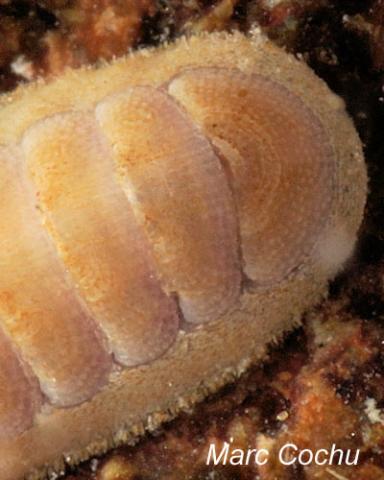 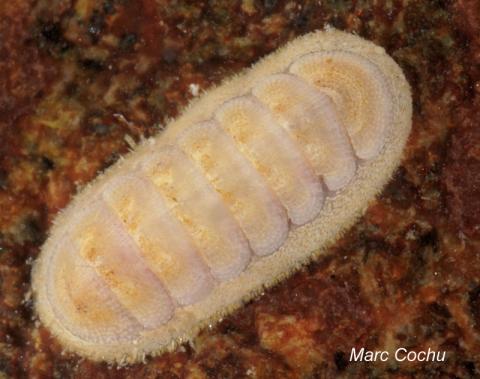 Size: Up to about 8mm long. Shape: Relatively narrow girdle with the shell making up 80-90% of the width. Valves are relatively flat, and lack a definite  keel. Shell colour: Off white to dull orange occasionally with  black deposits of iron/manganese. Sculpture: Coarse sculpture of valve surface giving a rough appearance. Girdle: Covered with densely packed bluntly pointed, slightly ribbed scales.  Animal: Gills confined to the latter half of the animal (merobranch) and appear red. Foot is a very distinctive right red colour.

Lives on the underside of rocks embedded in sand.  It feeds by grazing material from the rock surface using its radula. It occurs very low on the shore down into the subtidal.

It is a rare species with a relatively restricted distribution being confined to south west Britain, the west of Ireland and south to the Channel Islands and Brittany coast. 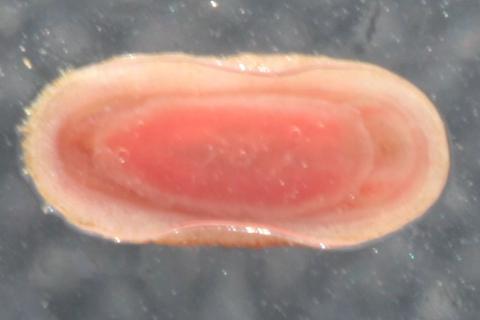