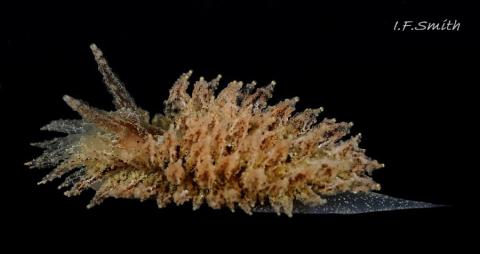 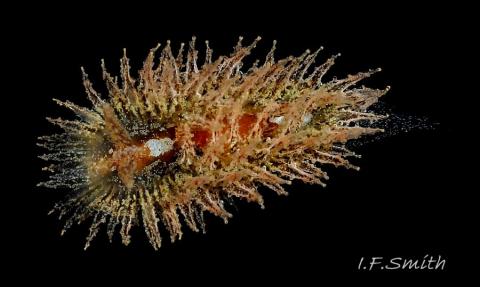 Up to 30 mm long. Dorsally brown  [2] with opaque white flecks which concentrate in places into patches of white, two of which may resemble false eyes anterior to rhinophores [1].

Cerata
Numerous. Arranged along sides and across anterior and posterior of body, completely surrounding, and sometimes partially concealing, the dorsum.
Many wart-like papillae on surface, and one on apex [11]. Translucent whitish, shading to hyaline green basally [2], hence J. hyalinus from Latin hyalus = glass green. Lateral cerata have a brown internal digestive gland extending half  way up, or less [11]. Those across the posterior, and those anterior to the rhinophores, have no digestive gland. Many small flecks and streaks of brown, white and yellowish white pigment on surface.

Foot
Broad until posterior of body, from where the projecting metapodium tapers rapidly [4]. Bilaminate anterior edge smoothly rounded with no propodial lobes or tentacles. Sole transparent whitish, clearly revealing internal anatomy and the white freckles on the dorsal surface of the foot [3].

Most records sublittoral, on or near its erect bryozoans prey; species of  Bugula  (EML) and  Scrupocellaria (UWN). When contracted, resembles a sea anemone [6]. Both in extreme exposure (e.g. St Kilda) and extreme shelter (e.g. Lough Hyne). A relatively agile species with near neutral buoyancy, so very occasionally drifts on shore where it may be found in pools or in shallow water. Simultaneous hermaphrodite. Spawn a coiling line of white ovoids, each of which contains many ova [9], recorded September in wild, and May in refrigerator at 9° C. 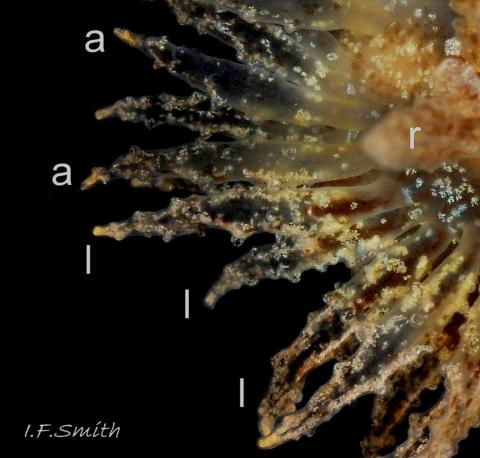 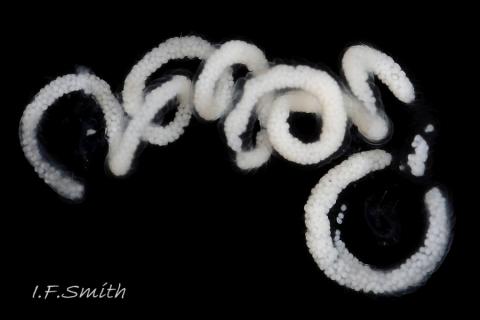 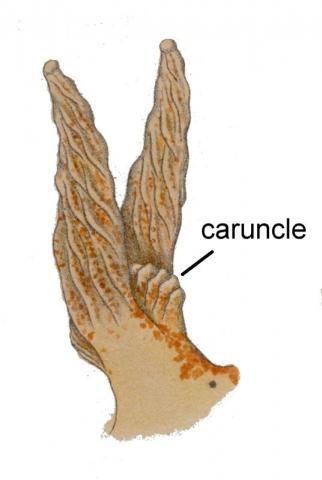 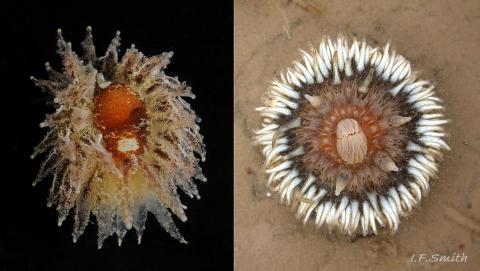 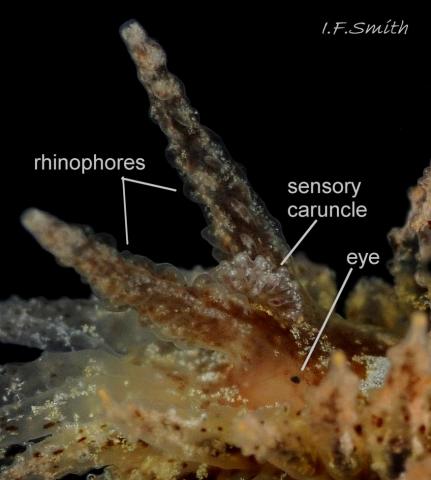 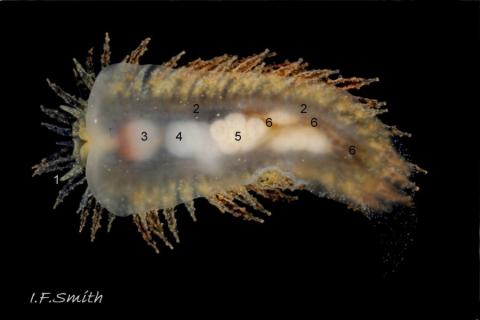 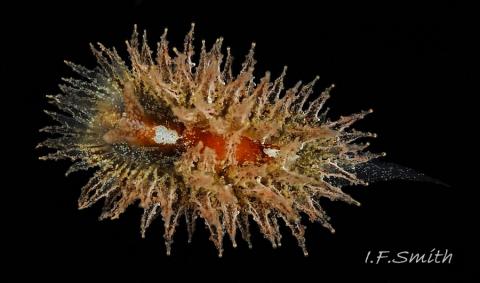