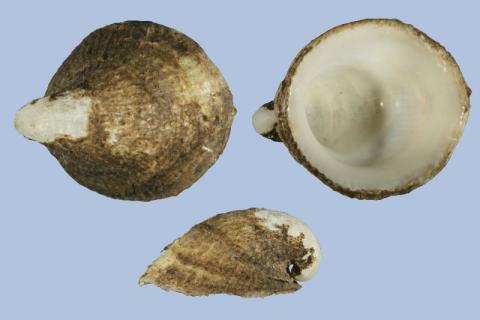 Fragile shell up to about 20mm long and the same across. It is cap shaped with a small spiral coil of about two whorls at the apex. Shell is white but covered in a straw coloured periostracum. It is sculptured with numerous ridges radiating from the apex with occasional growth marks across these.

The species is occasionally found on stones but generally occurs attached to other living molluscs such as Modiolus, Chlamys, Pecten or Turritella. Collects food (including pseudofaeces of its host) using the proboscis but is also capable of filtering particles from the water.

Widespread. Occurs all around Europe from Norway south and into the Mediterranean. 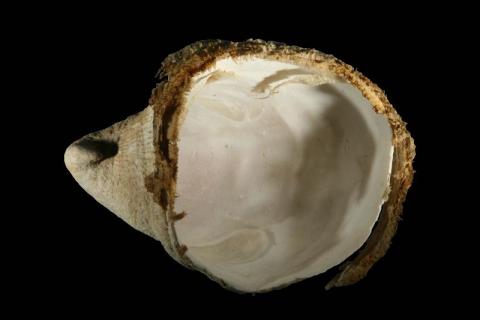 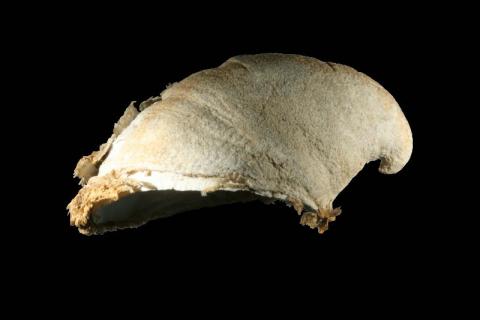 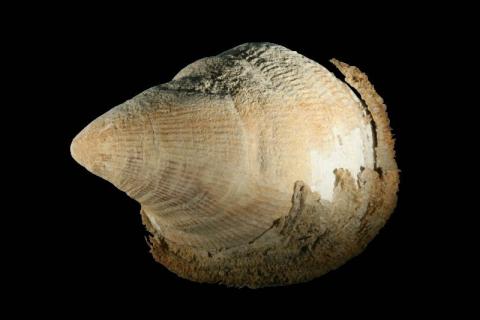 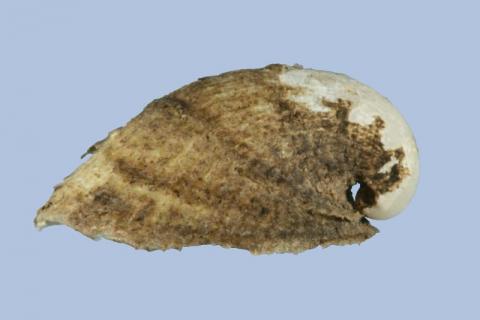 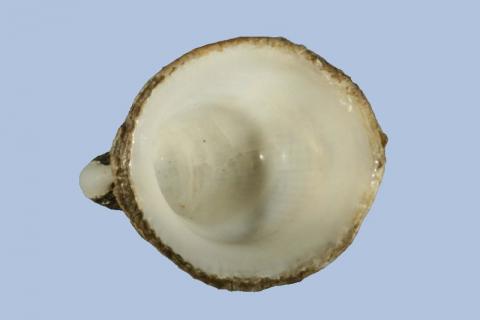 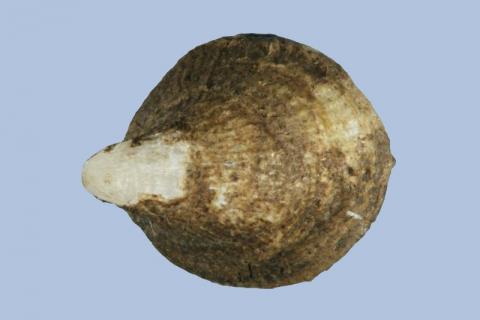 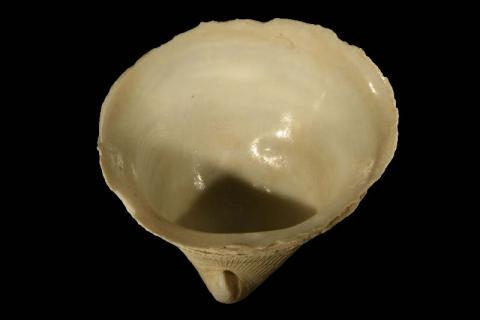 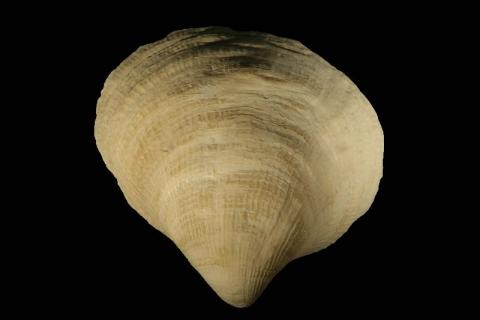