The accepted name for this species is currently, Calliostoma occidentale (Mighels & C. B. Adams, 1842).

Conical shell up to 12mm in height with about seven whorls. The shell is thin and semi-transparent and golden to reddish lustre. Shell surface is sculptured with 4 or 5 spiral ridges some of which have knot-like swellings. The animal possesses three pairs of epipodal tentacles.

Lives on stones where it feeds on alcyonarians and hydroids.

Rare. A northern species, recorded from the British Isles (mainly in the north), the Northern Isles and coast of Norway. 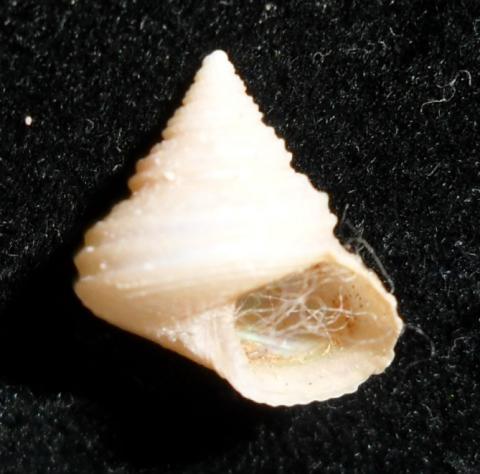