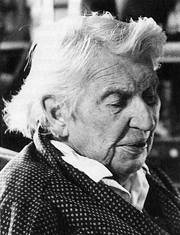 J. Z. Young was Professor of the Department of Anatomy, University College, London, from 1945 until his retirement in 1974. He was a Zoologist with no medical degree, known primarily for his published research on giant nerve fibres of squids; the medical establishment was outraged and opposed his appointment to the Chair at U.C. However, the medical establishment was wrong; University College had backed a winner. Over the next couple of decades J.Z. raised his Department of Anatomy to international status, a model for similar departments elsewhere. J.Z. held that while anatomy was undeniably critical, it was only a basis for wider investigations of how animals worked. For J.Z., biology was fascinating and the fascination extended all the way from the minutiae of nerve connections (The Anatomy of the Brain of Octopus vulgaris, 1971) to consideration of the human condition (Philosophy and the Brain, 1987). Boundaries within science were silly and he never paid any attention to them.

For most of his working life, J.Z.'s research centred on the question of learning – what goes on in the brain when behaviour changes as a result of experience. He chose to work on octopuses, probably as a result of early experience of these animals during his 1928–29 tenure of the Oxford Scholarship to Naples. Octopuses learned; they had brains that should prove simpler than man's. Over the next nearly fifty years he continued to pump out research on the nervous systems of octopus and its relatives, leaving several unfinished papers and a book, The Brains and Lives of Cephalopods (with Marion Nixon, who was his research assistant for many years) nearing completion when he died at the age of ninety; his heart couldn't keep up with his brain.

The pace had always been frenetic. Naples days started early, broke for a rush to Posillipo to swim at mid-day, and finished late, generally in Tonino's tiny wine-bar where discussion would continue while J.Z. consumed a quantity of alcohol, without visible effect, the envy of us less heroic members of the community. He took endless pains to help those following behind him. He could be rude about the work of his peers and impatient with anybody not adhering to his own high standards; but one never heard him say anything damaging behind the backs of scientists more junior than himself. J.Z. was a kind man, to everybody but time-wasters. The only people he had no time for at all were those who wished merely to register a meeting with the great man; visitors to the laboratory in Naples were sometimes brushed aside in a manner that doubtless came as a shock to anyone who imagined that the politics of science were as important as the research itself.

Between whiles (one wonders when, for a man engaged in full time research and running a large department) he wrote the remarkable series of textbooks on which a whole generation of us grew up. The Life of Vertebrates (1950) had a sweep, a clarity and a readability that showed just how well science could be summarised and explained by someone who really knew what he was doing. It was followed by The Life of Mammals (1957) and an Introduction to the Study of Man (1971) He was above all a teacher, believed without question that people couldn't possibly not be interested in how animals worked and that it was the duty of any research worker to explain what it was all about.

Honours came his way. He was a very young FRS, a Reith lecturer for the BBC (Doubt and certainty on Science, in 1950), an honourary Fellow of the British Academy, an honourary Sc.D from Oxford, and, perhaps the award he valued most, an honourary citizen of the City of Naples. Many people believe that he should have had a Nobel prize for his work on the giant fibres of squids, a 1930 discovery that formed the basis for our present understanding of how nerves work.

On 4th July 1997, J.Z. left his second wife, Raye, three children, a son and two daughters numerous grandchildren and a large group of people whom he described, on his ninetieth birthday, as his 'Scientific Children'. We miss him.