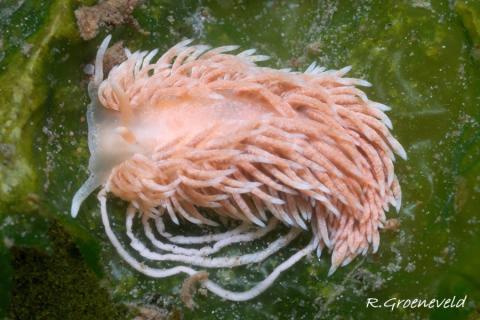 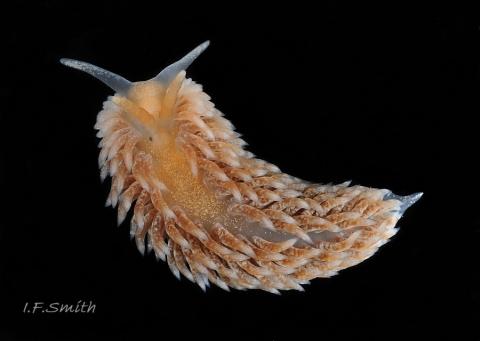 Caution:
There is uncertainty among experienced malacologists about the identification of Aeolidiella spp. Recorders are advised to take clear photographs of their finds for future reference. It is hoped that the situation may be clarified by examination of radulae and DNA sequencing in the future.

Cerata
Can sometimes conceal most of dorsum, but large amounts often exposed. About 15 closely arranged transverse rows on each side of the body. Translucent white or pinkish revealing pinkish [6], orange-brown [1], grey-brown (ScotNud), or green-brown internal digestive gland, with large white cnidosacs at the tip. Whitish cnidosacs often occupy over half of each of anterior cerata, forming a white ruff like that on A. alderi [3]. Extensive opaque whitish mottling on surface.

Denmark to Bay of Biscay (GBIF map). Widespread in Britain and Ireland, but usually in small numbers. Some old records aggregate A. alderi under A. glauca. 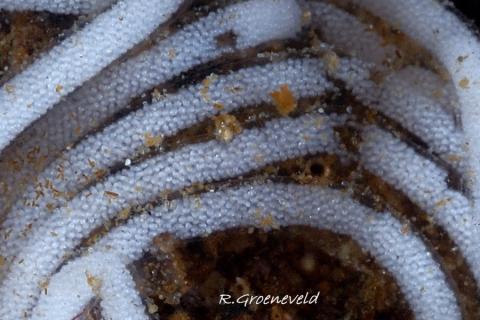 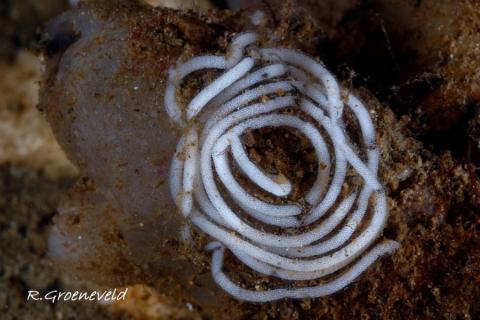 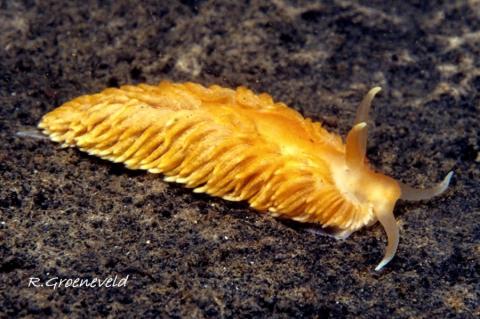 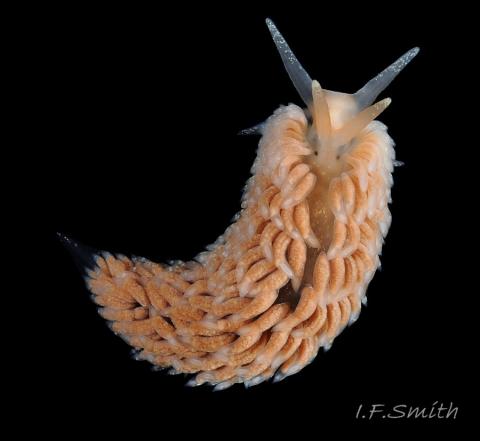 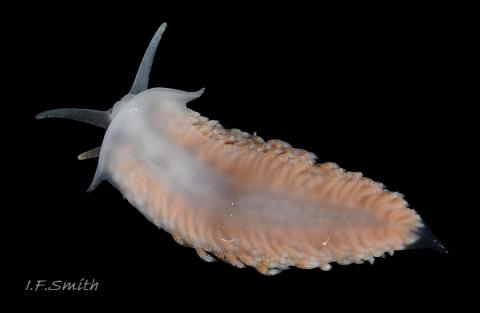 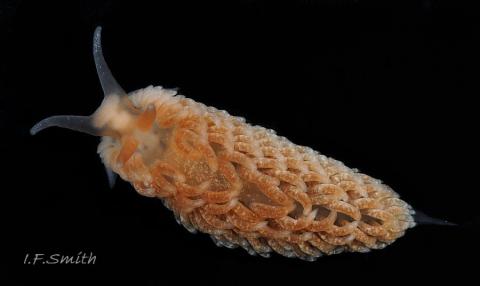