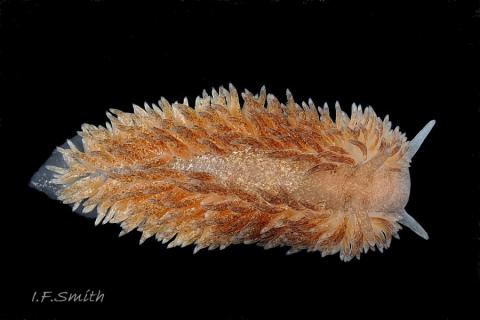 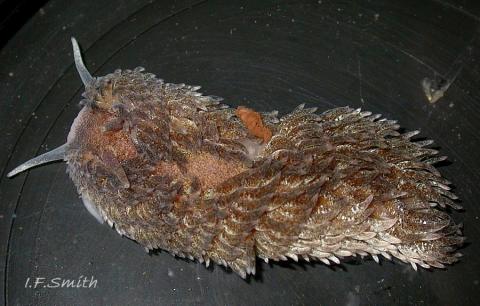 Lower shore and sublittoral. On shores with some hard substrate, including outer estuaries to 20 ppt salinity and muddy sand with isolated stones coated with sediment. Will attack and eat many species of Sea anemone, including Actinea equina (EML) and Metridium senile (EML). Simultaneous hermaphrodite. Convoluted white or pink cord of spawn, somewhat resembling a coiled spring, attached spirally to substrate in January - August [10]. Veliger larvae live in plankton before metamorphosis. Small juveniles not often found on shore; may spend early life sublittorally.

In common with other Aeolidiidae, when attacked, A. papillosa releases stored nematocysts (ejectile toxic stings acquired from prey) from the tips of its cerata. In the case of A. papillosa, the largest European aeolid, the effect is powerful enough in a dog's mouth to make it drop the slug.

White Sea to Spain, Baffin Island to New England, and Alaska to California (GBIF map). Widespread and common around Britain and Ireland (interactive UK distribution map NBN).  Up to 10/m² recorded in Netherlands. 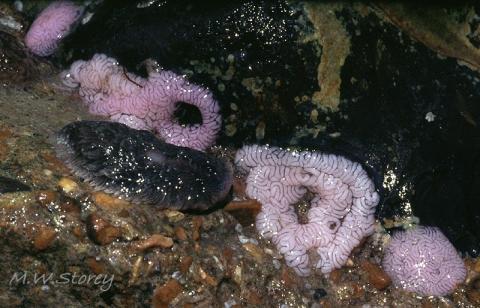 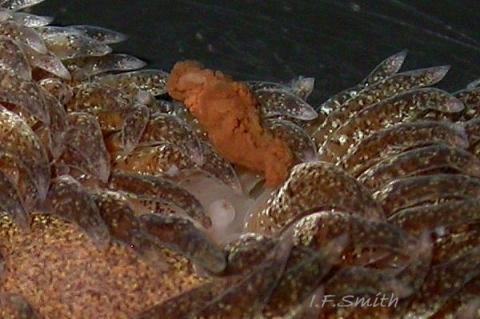 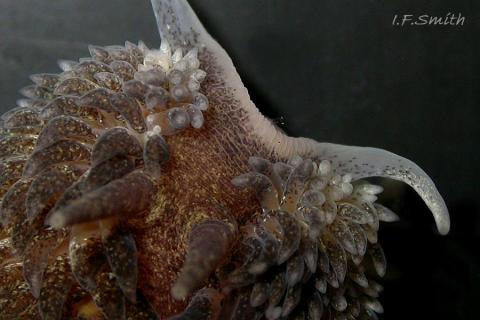 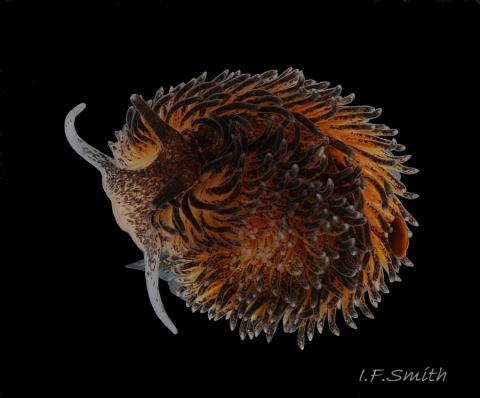 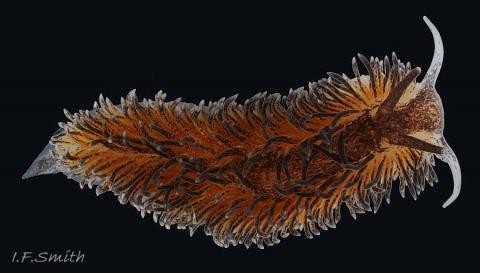